Timothy Fosu-Mensah has already been pictured training with Crystal Palace as he’s completed a season-long loan move from Manchester United.

Although a move is yet to be confirmed by Man United, Palace boss Frank de Boer, has confirmed that a move has been finalised after he completed his medical on Tuesday.

He has been a vital player at Old Trafford and is highly-regarded by the Portuguese boss but has been sent out on loan as he hasn’t been offered a new contract.

Here’s a look at Fosu-Mensah in training with his new team-mates. 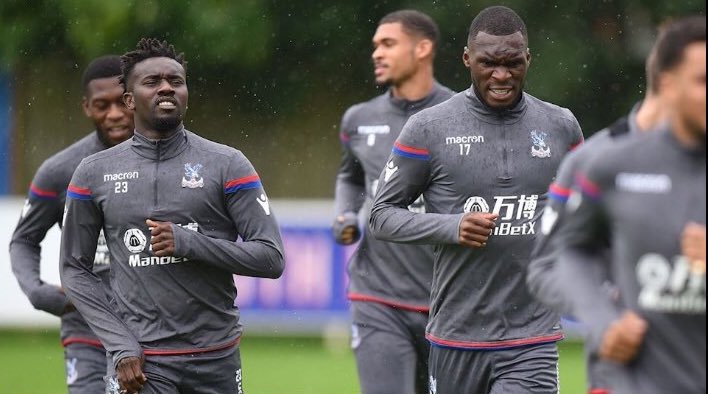 He only managed 11 appearances last season under Jose Mourinho but United believe a temporary switch to Selhurst Park will only excel his game and allow him to slot back into the team at Old Trafford.

Fosu-Mensah is highly-versatile, with the ability to play at right-back, centre-back and in midfield, joining from Ajax in 2014 and signed a new contract last October to keep him at the club until 2020.

He’s found senior minutes hard to come by and hopes are he’s able to cement his place in the first-team and pick up experience of playing regular football against the top sides.