Henrikh Mkhitaryan currently has four assists, Romelu Lukaku has three goals and Paul Pogba currently has two goals and two assists, all combining together to show Man United have what it takes to challenge for the Premier League.

Anthony Martial even has two assists and one goal to his name even though he’s only played 35 minutes of football, with a 100% conversion rate as his performances continue to merit more minutes.

With that in mind, here is a potential XI for the game against Leicester City on Saturday. 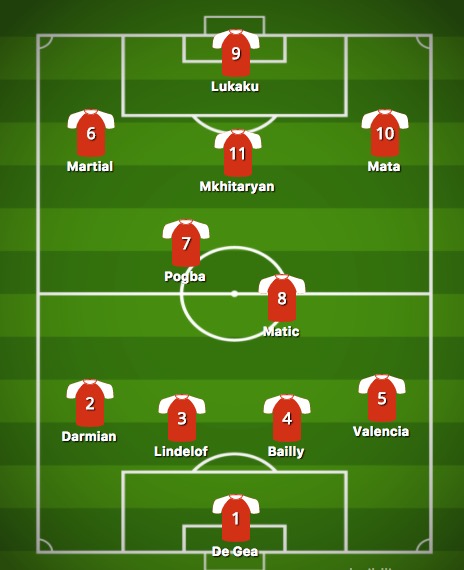 United currently sit at the top of the table with six points and they’ll be hoping to keep the good run going with an impressive performance against Craig Shakespeare’s men.

Mourinho has a very strong squad, previously stating his frustrations over having to leave players at home, especially with Andreas Pereira being left out, but it’s clear he’s on to something as he’s the players are in a good position moving forward.