Home » Jesse Lingard: We’re concentrating on winning against Tottenham, not on a brilliant performance

Jesse Lingard: We’re concentrating on winning against Tottenham, not on a brilliant performance

Jesse Lingard has insisted that Manchester United’s performance against Tottenham Hotspur does not matter if they can get the three points with a victory on Saturday.

Man United are currently second in the league, ahead of Spurs who are third only on goal difference. It’s a fascinating clash, with United’s form dipping in recent weeks and Spurs playing good football and getting excellent results.

Tottenham will be without star man and Premier League top goalscorer Harry Kane, but still present a fierce opposition to United. Lingard, who scored twice for United on Tuesday evening in the EFL Cup against Swansea City, claimed United are only looking for the win, and not for a beautiful performance.

“So, it’ll be an interesting game with a lot of quality players on show.

“We’ve got to concentrate on what we’ve got to do – and that’s to win the game. Sometimes we’ve been in big games where we’ve not performed as well as we’d have wanted, but we’ve won the game, and the most important thing is to get all three points.”

United were widely lambasted by pundits and fans alike for their style of play in this month’s derby against Liverpool, a 0–0 draw at Anfield. Some fans will be desperate to see an improvement on that performance, in terms of United being proactive and imposing their own game on the opposition.

However, that is unlikely under manager Jose Mourinho, who is a pragmatist and will likely use similar tactics against Tottenham on Saturday afternoon, but hopefully this time come away with a vital win in the title race. 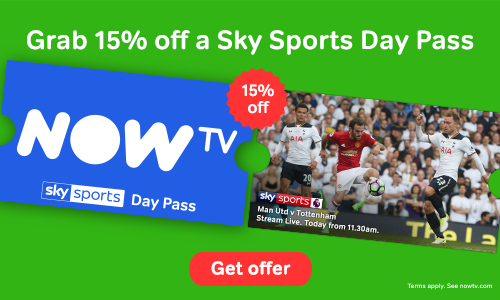 Save 15% on a Sky Sports Day Pass, and get the best Sky Sports action for 24 glorious hours for less. Buy your pass and activate whenever you’re ready. There’s more sport than you can shake a racquet at. Join today for a one-off payment of just £5.94. No contract.