Jose Mourinho faces his biggest test of the season as he returns to Chelsea for a crucial clash at the top of the table on Sunday afternoon.

The Portuguese, with his side still shaking off the shackles imposed by their predecessor and struggling for balance, suffered a humiliating 4-0 defeat to Antonio Conte’s men just over a year ago.

But with Manchester United four points ahead of Chelsea after ten games, a win at Stamford Bridge – something only managed once in the Premier League since 2002 – would serve as the most powerful indication yet of the balance of power shifting away from London and towards Manchester, especially if Manchester City dispatch Arsenal at home like expected.

Here are three players who Mourinho must start against the champions on Sunday.

Aside from a poorly weighted pass against Benfica, the Ivorian hasn’t put a foot wrong since returning from injury against Tottenham Hotspur.

His presence itself is emboldening for Man United’s back four: he engenders not just defensive efficiency but aggression as well, hassling opponents out of the game rather than just containing them, and he will need be at his best to stop Alvaro Morata, who has gone six games without a goal.

This one goes without saying. The absence of N’Golo Kante throughout October for Chelsea has revealed just how diminished and porous their midfield can be without Matic dictating proceedings in front of the defence, and there would be no bigger punch in the face for Conte than the sight of the 29-year-old dominating proceedings at his old stomping ground.

And in a game that will inevitably fly by at light speed, the composure and intelligence offered by Matic could make the difference.

The Spaniard has evinced mixed receptions from supporters over his performances this season, with many expressing a measure of discontent at the lack of forward momentum he brings on the ball.

But he demonstrated against Tottenham Hotspur exactly why he claimed the ‘Player of the Year’ award last year. He was Mourinho on the pitch: tenacious, unyieldingly stifling, bordering on foul play a lot of the time, and ultimately successful in nullifying his opponent.

Needless to say, with his pocketing of Eden Hazard last April in mind, that Herrera will play an important part on Sunday. 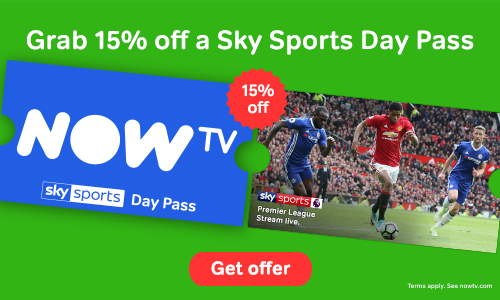 You can stream Chelsea v Manchester United live via Sky Sports from 16:00 on Sunday afternoon. ThePeoplesPerson.com readers get 15% off!

Save 15% on a Sky Sports Day Pass, and get the best Sky Sports action for 24 glorious hours for less. Join today for a one-off payment of just £5.94. No contract.

You can stream not just Chelsea v Man Utd but other games on Sunday as well (such as City-Arsenal) and all other sporting events on Sky Sports.

Get your Day Pass here.

Offer is open to UK residents only.