Manchester United have been pictured arriving at Manchester airport ahead of flying to Spain for the first leg of their last 16 Champions League tie with Sevilla on Wednesday night.

Jose Mourinho‘s men reached the knockout phases by topping group A, conceding just three times in the process, while Sevilla finished behind Liverpool to qualify.

Supporters will expect Man United to take a significant step towards their first Champions League quarter final since 2013 with a win in Seville.

And crucial to that will be Paul Pogba, who was pictured boarding the plane with Victor Lindelof despite being a doubt for the game having come down with illness on Saturday. 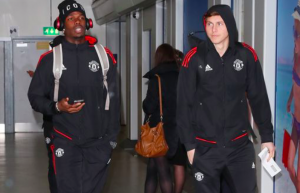 Antonio Valencia returned to training on Tuesday after missing last weekend’s clash with Huddersfield Town and will be expected to captain the side in Spain. 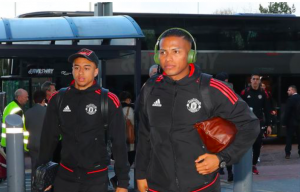 But Mourinho may dish out a surprise and once again utilise Michael Carrick, who impressed with a balanced midfield display over the weekend. 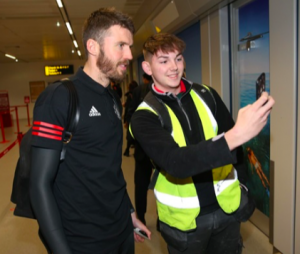 Supporters will hope to see Eric Bailly feature once again after the Ivorian, now back to fitness after an ankle operation in December, was introduced during the latter stages of United’s win at Huddersfield. 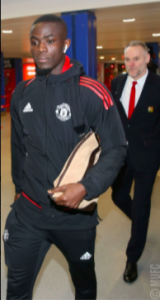 Ashley Young, whose performances of late have failed to impress, posted a photo of himself on the plane, which departed Manchester at 15:00 GMT. 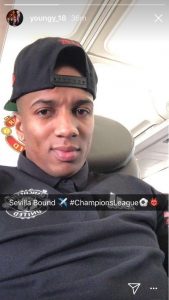