Manchester United legend Sir Alex Ferguson appeared to be pleased with his former club’s result against Liverpool in the Premier League.

Jose Mourinho‘s men ran out 2-1 winners of the fiercely contested match with it being a game of two different halves really.

United were dominant in the first half, scoring twice through Marcus Rashford who was extremely clinical and handed his side the 2-0 result as they headed in at the break.

Liverpool came fighting back in the second half but Mourinho’s players held firm until they were undone by none other than the returning Eric Bailly.

The Ivorian had a superb match himself but conceded a silly goal to put his team under immense pressure as the game wore on as Ferguson watched on. 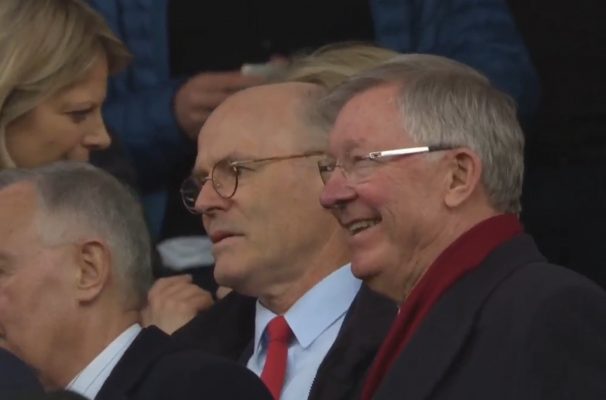 Despite the own goal, the Red Devils managed to gather themselves and still hold down the fort with Jose also making decisive substitutions once more.

Subbing off Rashford and introducing Marouane Fellaini appeared to be a strange call at the time but his decision was soon justified.

The Belgian played his role in trying to help his team regain control of the match, dragging his team up the pitch after defending for so long.

Along with Romelu Lukaku, Fellaini allowed Manchester United to hold onto the ball better than they initially were and the three man midfield also helped protect their defenders more.

Scott McTominay and Nemanja Matic were also excellent but with the pair facing off against Liverpool’s midfield three, it appeared to be only a matter of time for them to score until Jose Mourinho‘s telling substitutions.