Jesse Lingard has hit back at the online storm which greeted his claim that he found playing for England easier than Manchester United.

The Englishman, speaking in an interview on Wednesday, seemed to suggest that he was not plagued by the same sense of fear he feels at Man United when representing his country.

“I actually feel more comfortable when I play for England than United,” he said. “Every game, you’ve got to play with no fear.”

This has inevitably elicited something of a reaction from the commentariat, with many questioning his attitude under Jose Mourinho.

Lingard, unsurprisingly, was quick to hit back via his Instagram. 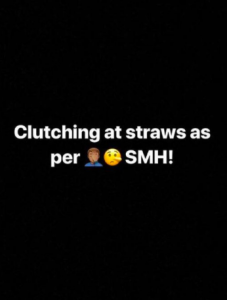 He then pushed home the message for anyone who didn’t yet understand, making it clear he was never suggesting playing for United made him feel uncomfortable.

Lingard made his England debut aged 24 and it has only been in his third season at Old Trafford – a campaign which saw him discover a goalscoring touch – that his place within Gareth Southgate’s side was assured.

He has grown up playing football with United at the forefront of his mind. That has always been the goal. Any player who comes through the ranks at Old Trafford always places more importance on the club. That, really, is where you are judged as a player and individual, and with that comes more pressure, more expectation.

With England, and especially this England (a team nobody expects to do well anymore), any success on that level is always a bonus, an unnecessary yet pleasant string to the bow. If anything, we should welcome players who approach playing for England without the neurosis which has so often dominated their performances at major tournaments.