Manchester United’s latest newcomer Fred has been pictured smiling from ear to ear while signing his contract that will see him play at Old Trafford next season.

Some fans grew impatient and concerned with whether the Brazilian would ever truly complete his move from Shakhtar Donetsk as there was a delay between the two announcements.

United had previously stated that the two clubs have come to an agreement on the transfer fee that was necessary to sign the midfielder but nothing else was confirmed.

Supporters had to wait for the club to get Fred‘s work permit, medical and personal details sorted out and there was a worry the World Cup would get in the way of things.

Thankfully the Red Devils managed to get a deal worked out nonetheless and the 25 year old is now officially their player as the traditional contract photo was taken. 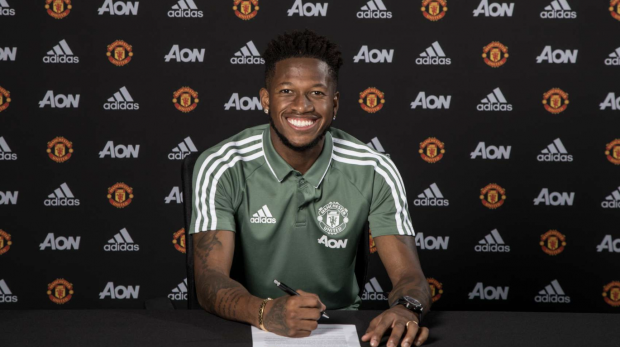 Fred is widely expected to slot into a three man midfield alongside Nemanja Matic and Paul Pogba rather than become a replacement for either one of them.

Jose Mourinho is said to be attempting to get the best out of the Frenchman and the hopes are that the former Shakhtar Donetsk man can release him of all defensive responsibilities.