Marcus Rashford had noted before England’s last 16 meeting with Colombia that he would be willing to take a penalty should the game go to a shootout.

No Manchester United fan, aware of the lasting trauma which penalty failures for England can bequeath onto even the sternest of players, really wanted to see the youngster have to step up.

But that is exactly what was in store as extra time dragged on in a kind of benign, terrifying stupor, with Rashford coming on as Gareth Southgate’s fourth substitute.

Radamel Falcao scored. Harry Kane, for the second time on the night, stepped up and scored. Up next: 20-year-old Marcus Rashford, set to take the first ever penalty of his senior career at a time of unprecedented pressure – on the biggest of stages, England’s biggest game in years, the whole country and millions beyond watching this kid walk to the spot. 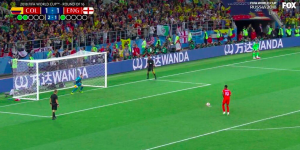 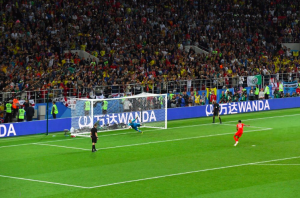 This writer said in an earlier piece covering Rashford’s claim he’d take a spot-kick – linked above – that, were I, also a 20-year-old man, have to take a penalty for England in a knockout game, everything on the line, my skull would literally explode and shatter out of my head. Watching Rashford walk to the spot brought feelings which made that possibility a tangible reality. It was a nervousness like nothing else.

In those moments it is almost impossible to comprehend that somebody your age, with a character not a million miles away from yours, could actually step up and do that so emphatically, with so much command and certainty. It was a reaffirmation of the inherent calm which has guided Rashford to where he is now, from scoring a brace against FC Midtjylland in 2016 to slamming home a penalty on the biggest stage on earth.

For a player who has looked short of confidence at times over the last six months or so, this was massive, and a huge message to those who doubted his credentials at this level.