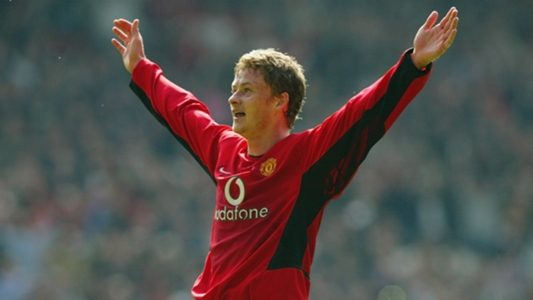 Manchester United caretaker manager Ole Gunnar Solskjaer has called on his players to “express themselves and take risks” going forward this season.

The former Man United striker was appointed to the post on Wednesday after Jose Mourinho was removed amid a string of terrible performances and results.

His first game comes on Saturday afternoon away at Cardiff City, where he spent six unsuccessful months in 2014.

Speaking at his first press conference on Friday, Solskjaer mentioned the importance of abiding to the principles laid out by Sir Alex Ferguson, who he sees as his main teacher.

Ole Gunnar Solskjaer says he has spoken to Sir Alex Ferguson. Recalled the 5-5 at West Brom and said: "I want us to play with courage, for the players to express themselves and take risks. I want the players to be the kids who love to play football."

Ole: “I had the best manager as a player. I’ve been making the notes, what he did in certain situations.” #mufc pic.twitter.com/oCl06VreWN

Even before a ball has been kicked, Solskjaer has transformed the mood around the club.

What truly matters, of course, is how his team performs on the pitch, and you can hardly expect a sudden revolution in style after just two days with the players.

Any meaningful change will, like anything, take time, but the tone Solskjaer is striking serves as hope in itself. Mourinho, for too long, obsessed over the shortcomings of this team, of what he didn’t have. The baby faced assassin, on the other hand, sees the positives: namely, that this is a supremely talented squad, whose players have the duty to be bold on the pitch, to look believe in their ability, to attack.

That, in itself, marks a welcome change in direction at United. Supporters are, for the first time in ages, excited about the next game, which says plenty.