Ole Gunnar Solskjaer and Mike Phelan have been pictured in good spirits at Carrington ahead of Manchester United’s trip to Cardiff City on Saturday.

The former Man United striker was appointed caretaker manager until the end of the season following Jose Mourinho‘s dismissal from the club, with Phelan – Sir Alex Ferguson‘s right hand man for five years – joining as assistant.

Speaking in his first press conference on Friday, Solskjaer called on his players to “express themselves and take risks” against Cardiff as the team starts again from a “blank slate”.

Here are a selection of photos of Solskjaer and Phelan looking right at home in training. 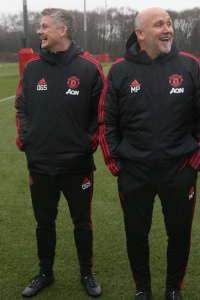 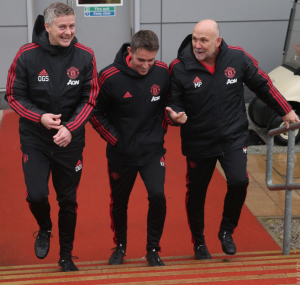