2018 was in many respects a poor year for Manchester United.

There were, of course, a number of memorable results and performances to savour, but the last 12 months will be largely remembered for its steady descent from heady optimism to utter despair under the dark storm clouds cast by Jose Mourinho, until even the banal Man United board realised the Portuguese had to go.

The subsequent entry of Ole Gunnar Solskjaer has seen spirits and performances fly through the roof, as United players – especially Paul Pogba – rediscover playing football with a smile.

It has been a year of severe flights and drops. And as we embark on 2019, allow me to take you through the last year. 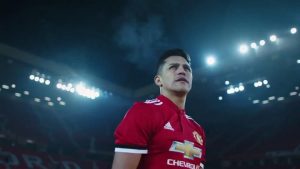 United shock the footballing world in January by hijacking Manchester City’s bid to sign Alexis Sanchez, despite the move looking like a sure thing since the summer. Arsenal receive Henrikh Mkhitaryan in return and supporters all over the world bask in what, at the time, felt like a superb piece of business and a statement of intent heading into the new year. 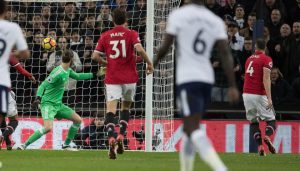 United concede within 15 seconds at Wembley and Phil Jones scores a hilarious own goal – it wouldn’t be the last, either – as Mourinho fails to successfully incorporate Sanchez into his tactical methods against Tottenham, or indeed any decent team. The gap between United and the rampant Manchester City stretches to 15 points. 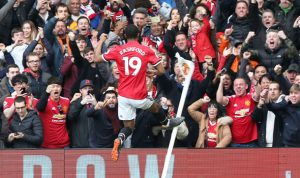 Following a hard-fought victory over champions Chelsea in February, United produced an impressively complete team performance to beat Liverpool at Old Trafford, with Marcus Rashford thumping home two superb goals in the first half to maintain a firm grip on second place. One of the few times when things clicked under Mourinho. 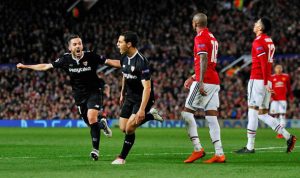 The moment United supporters lost belief in their manager. Any fan will tell you that this result stung the most under Mourinho – and perhaps even more than any other in the post-Fergie era. It was that bad.

With the aggregate score at 0-0 and United playing the second leg of this last 16 tie with Sevilla at Old Trafford, Mourinho’s side dissolved into a myriad of fear and sheer dysfunction on a night when the onus was on them to perform.

Marouane Fellaini started ahead of Paul Pogba. United hardly created a chance – or even a good passage of play – all evening. Sevilla dominated the midfield and, eventually, took a 2-0 lead through a brace from Wissam Ben Yedder. 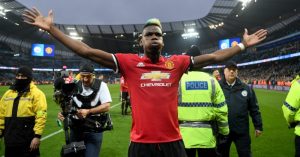 Man City are 2-0 up at half time against United at the Ethiad with the knowledge that three points would secure them the title in front of their supporters, against their most despised rival. As predicted, United were overwhelmed in every possible way on the pitch for 45 minutes, and it felt as if worse was yet to come.

But then something strange happened. United, spearheaded by Paul Pogba, stuck a middle finger up to Mourinho’s vacuous, life-sucking tactics and simply went for it. The end result was something no supporter – blue or red – will ever forget: two Pogba goals and a Chris Smalling winner. The moment of the year. 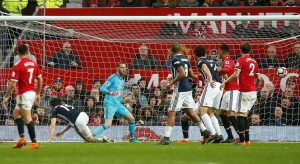 Just a week later, United hand City the title by losing 0-1 at home to bottom club West Bromwich Albion. What a club. 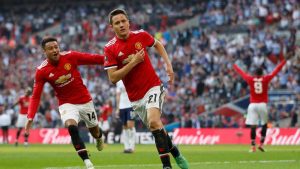 In a massive game at Wembley, United come alive again. Tottenham Hotspur are considered favourites for this FA Cup semi-final and take the lead through Dele Alli, but after a shaky opening 30 minutes United begin to dominate the game. Pogba crosses for Sanchez, who was magnificent, to score the equaliser, before Ander Herrera – man of the match by some distance – nets the winner soon after half time. 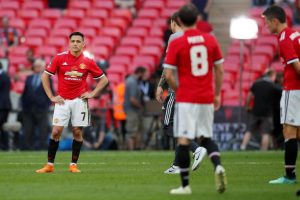 United’s 2017/18 campaign ends with a 1-0 FA Cup final defeat to Chelsea which epitomises the whole nine months: signs of promise but, at the core of it all, missed opportunities and disappointment. 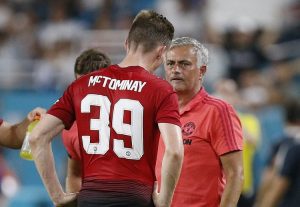 Mourinho sets the tone for the 2018/19 season by looking as miserable as possible for the entirety of the club’s pre-season tour of the United States. The absence of key players due to World Cup duties, coupled with the club refusing to sign a central defender, prompts Mourinho to infuriate supporters with a miasma of surly statements and complaints about players, the board, and life in general. Many have turned on him by this point. 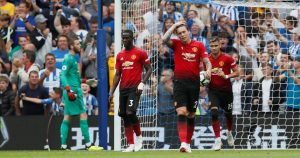 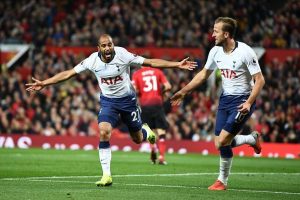 Mourinho’s tradition of third season capitulation gets into full swing. United lose two of their opening three games for the first time in Premier League history, conceding six goals in the process, as enormous pressure begins to build on the 55-year-old. 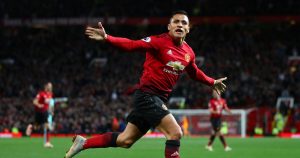 Amid reports stating Mourinho would be sacked regardless of United’s result against Newcastle United, Alexis Sanchez scores an injury time winner to round off a momentous comeback from two goals down. 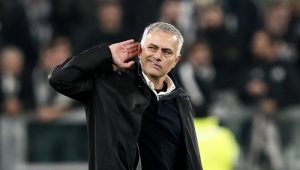 Mourinho’s big game chutzpah returns against Juventus. United defend solidly and with acute organisation, only for Cristiano Ronaldo to score a stunning volley. The visitors stay in the game, however, and grab an equaliser through Juan Mata‘s floated free-kick.

All of a sudden, buoyed by the presence of Fellaini in the box, United score one of the scrappiest 90th minute goals from an Ashley Young set-piece to consign the Old Lady to its first Champions League group stage home defeat since 2009. Amid a nightmare run of results, this game was something to truly savour. 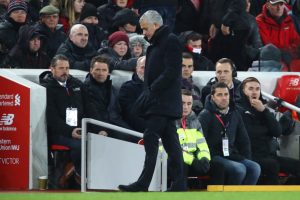 United qualify for the Champions League last 16 under Mourinho but their league form remains miles off the pace. The final straw comes at Anfield, during which the visitors displayed no attacking ambition and allowed for Liverpool to take 36 shots on David de Gea‘s goal.

They lose 3-1, falling 19 points off the top and 11 off top four as a result. Mourinho is dismissed less than 48 hours later, and supporters breathe a sigh of relief. 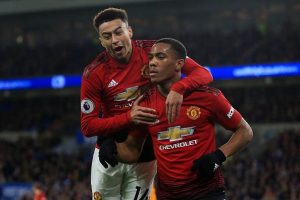 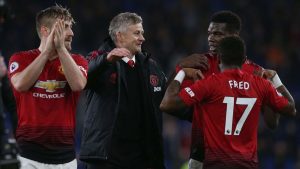 The appointment of Ole Gunnar Solskjaer as caretaker manager was well received by United supporters, who immediately warmed to the Norwegian’s declaration that his team had to attack and play on their own terms.

And it works perfectly: United score five against Cardiff, playing a quality of football not seen since the days of Sir Alex, and then round off 2018 by netting seven goals in two home games against Huddersfield Town and AFC Bournemouth respectively. The smiles are back after a prolonged period of gloom.

In that spirit, I would like to wish all readers – even you Liverpool fans looking to troll this page – a happy and fruitful 2019.