Manchester United look likely to be without Anthony Martial and Jesse Lingard for their FA Cup trip to Chelsea on Monday.

It was clear against Paris Saint Germain, and has been for some time, that Man United’s attacking potency becomes seriously diminished when even just one of its established front six is missing.

Ole Gunnar Solskjaer therefore has the difficult task of finding a new way of hurting opponents without the cut and thrust of Martial and Lingard.

With that in mind, here is how Man United could line up for the meeting with Maurizio Sarri’s side. 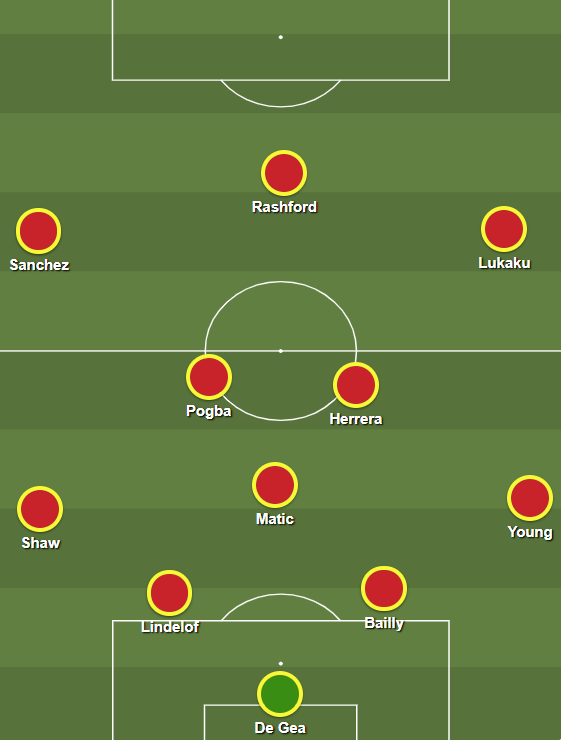 United’s main downfall against PSG, among other things, was how they lost their ability to press from the front in the second half. It allowed the visitors to bring the ball further forward, to feel comfort.

That cannot be allowed to happen against Chelsea, a team which can be unsettled by hitting them in the right way.

Lukaku and Sanchez put Arsenal on the back-foot in the fourth round by asserting good pressure in the first half, scoring two goals in the process. They must do the same at Stamford Bridge, opening up space for Marcus Rashford to launch an assault on Chelsea’s central defenders in a must-win game.