Are Manchester United really that far behind Paris St Germain?

Olé Gunnar Solskjaer’s tenure as interim manager of Manchester United has been universally likened to life under Sir Alex Ferguson: swashbuckling, attacking football, players expressing themselves, youngsters being given a chance, playing for the badge and playing with heart, and the ability to win seven premier league games in succession. However, on a dark and dreary February night at Old Trafford last Tuesday, another similarity emerged, and one that was much less welcome: faltering during the knockout stages of the UEFA Champions League.

Instantly, pundits such as Arsène Wenger, the press and Solskjaer himself pointed to this being a ‘reality check’, referring to the gulf in class between this United side and Europe’s elite, such as PSG. You could almost close your eyes and hear a thousand wizened old sages, stroking their beards and nodding wisely, saying that this was inevitable, that the Solskjaer factor was like a currency soaring above its real value in the marketplace, that the team had been over-achieving, performing above its true ability.

Is there a gulf in class between the Paris St Germain side and the Manchester United side that took the field on Tuesday? No, there isn’t. At worst, there is a slight difference in class, but certainly not a gulf, particularly without Neymar and Cavani in the PSG side. And if we are honest, the game was lost not due to United’s acknowledged defensive frailties, but in the area where United have some of the most coveted players in the world. United just didn’t create much at all.

Of course, United’s cause was not helped by the loss of Anthony Martial and Jesse Lingard to injury, but somehow it feels as if it would have been no different had they stayed on. There was something eerily familiar about the performance of the team as a whole, a kind of stage fright that we saw time and time again under Sir Alex when United reached the knockout phases of the Champions League.

The history has a repetitive pattern to it. United first reached the knockout stages in 1996-7 when they lost to Borussia Dortmund in the semi-final. The following season was a similar story, going out to Monaco on the away goals rule in the quarter final. And while United won their first Champions League title the following year, it was a smash and grab victory; the team did not play anywhere near their best against Bayern Munich and again looked nervous on their big European night. 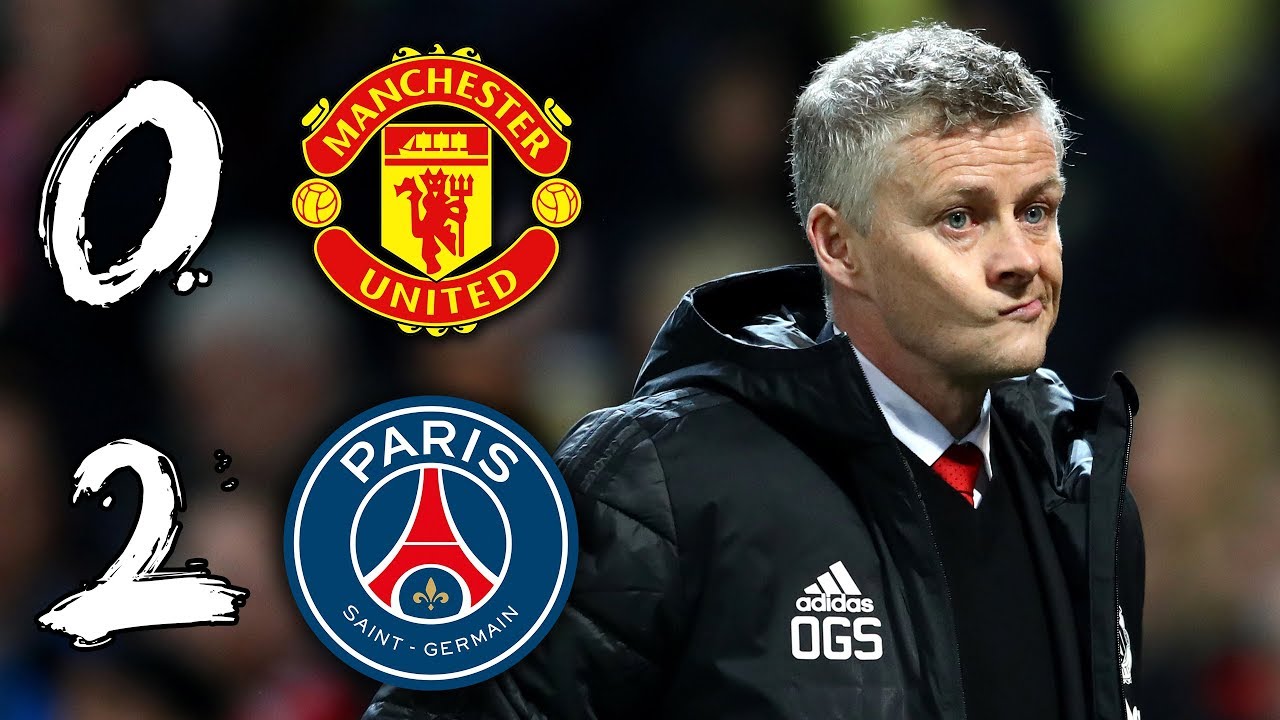 There then followed losses to Real Madrid and Bayern in the quarter finals, Bayer Leverkusen in the semis, and Real again in the quarters when a brilliant (Brazilian) Ronaldo scored a hat trick at Old Trafford. The trend continued, losing in the round of 16 to Porto in 2003/4 and Milan in 2004/5, followed by a group stage knockout and another defeat by Milan in 2006/7.

The final victory in Moscow against Chelsea in 2007/8 was another poor performance by United that was salvaged by Edwin Van der Sar’s heroics in the penalty shootout. That was followed by two final losses to Barcelona, interspersed by another quarter final loss to Bayern. Sir Alex’s last two seasons at the helm saw a failure to progress from the group stage and a round of 16 loss to Real Madrid.

Were these all cases of a gulf in class? Possibly in the case of Zidane and Ronaldo’s Real and almost certainly in the case of Iniesta and Messi’s Barcelona, but the common factor in the rest of these games (and arguably in the Barcelona games as well) was United underperforming.

And so, to last Tuesday. Pogba and Herrera simply did not perform. Shaw and Young looked afraid to go forward and there was just no conviction in Martial and Lingard’s performances even before they picked up their injuries. Nemanja Matic played to his normal level, but nobody around him did.

Why is it that United freeze on these big European nights? Is it that the “you score two and we’ll score three” approach that works so well in the Premier League just simply does not work against the bigger European sides? Or are they simply worn down by the weight of expectation, the sense of history waiting to be made?

I am not denying that the current squad needs to be improved in order for United to re-join the world’s elite. But the mindset needs to be right, no matter what calibre of player is in the team. If United are going to be knocked out, I want to see them lose playing their best football, not looking like rabbits caught in the headlights. Gulf in class? No. Gulf in self-belief? Maybe.