There is no need to emphasize the sheer magnitude of Sunday’s meeting with Liverpool at Old Trafford.

Manchester United players will know that victory over Jurgen Klopp’s side would knock them off top spot in the Premier League table.

And Solskjaer has given positive news ahead of the game: Anthony Martial and Jesse Lingard could return from respective muscle injuries to take part, while Sir Alex Ferguson was invited to give a speech to players in the dressing room.

With that in mind, here is how we think Man United will line up for the mammoth game with Liverpool. 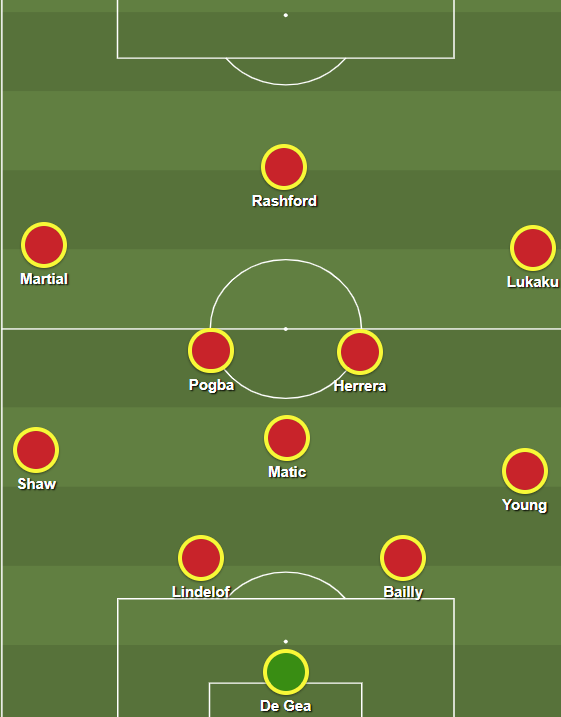 Solskjaer indicated that Martial is a lot more likely to feature than Lingard, whose muscle injury is of a slightly different type.

The Frenchman must start. And he must have Paul Pogba close to him down that left channel, with Luke Shaw offering overlapping runs whenever possible.

On the other side, you get the feeling Solskjaer will want to call on the direct style of Romelu Lukaku drifting in from the right. The Belgian enjoyed plenty of success getting in the faces of Liverpool’s defenders for Man United’s 2-0 win over Liverpool at Old Trafford last season.

That front three must be aggressive as possible. United cannot let Liverpool settle like they did with Paris Saint Germain.