Nemanja Matic picked up an injury on Friday which looks set to keep him out for a ‘few weeks’, while Ander Herrera, Juan Mata and Jesse Lingard went off hamstring knocks during Sunday’s 0-0 draw with Liverpool. Marcus Rashford had to play most of the game with an injury.

The injury crisis provides Solskjaer with a serious selection headache ahead of the trip down to South London. He will need to call on some less than experienced options.

Here’s what a starting XI could look like against Roy Hodgson’s side. 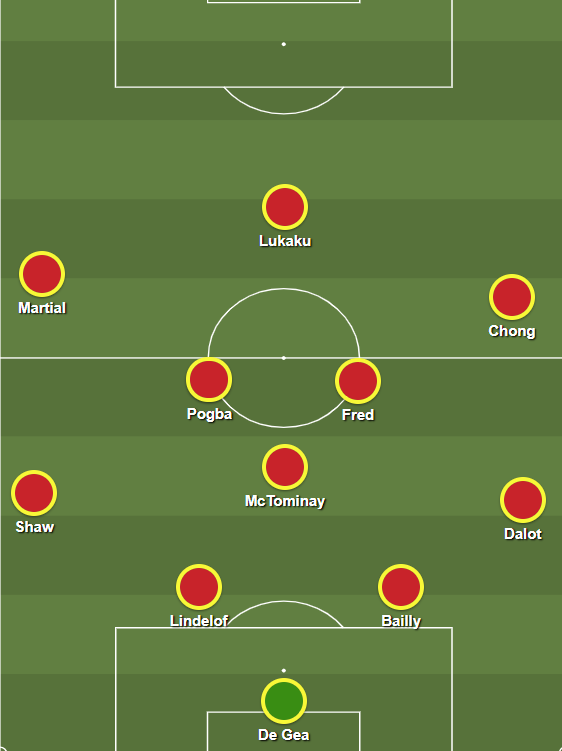 The absence of Rashford and Lingard’s running power is a problem for United, whose potency seriously reduces once they lose pace among the front three.

This is why Tahith Chong should be licking his lips. Solskjaer will need a direct, buzzing influence from the right hand side who will cover ground and display a sense of fearlessness. You suspect this role may fall onto the lap of Alexis Sanchez but Chong, to supporters at least, would be the preferred option.

Further back, Scott McTominay and Fred have brilliant chances to show what they’re about.