Manchester United claimed an impressive 3-1 win at Crystal Palace on Wednesday night despite a heavy host of injuries.

The likes of Juan Mata, Nemanja Matic, Jesse Lingard, Anthony Martial and Ander Herrera were unavailable, with Marcus Rashford only capable of taking a place on the bench.

Ahead of Southampton, the latter looks likely for a return to the No.9 role while Martial is the only player Solskjaer has confirmed will return in time for Saturday.

With that in mind, here is how Man United can line up against the Saints at Old Trafford. 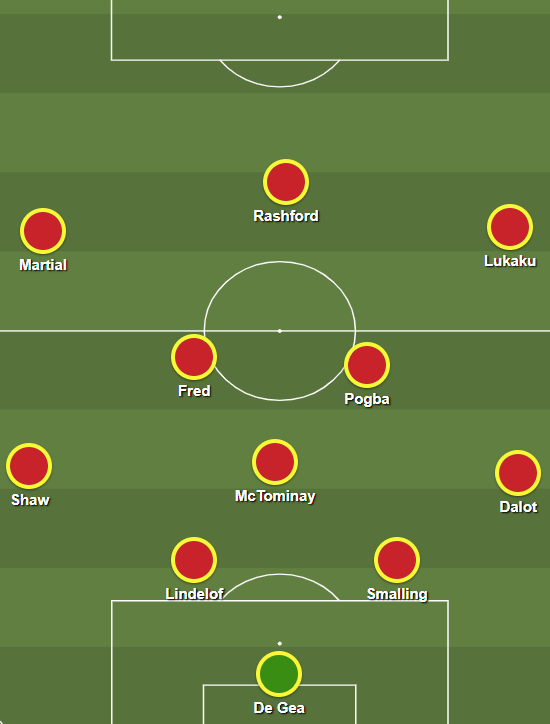 United have not won at Old Trafford in three games, losing to Paris Saint Germain and drawing games with Burnley and Liverpool, and will feel determined to demonstrate their away-game verve – which has seen them win eight consecutive games on the road – in front of their own supporters.

That is why Solskjaer must be bold with his selection: a front three full of skill, pace and confidence, backed up by attacking full-backs who will overlap on the outside, along with Paul Pogba and Fred looking to send the ball forwards as soon as they can.

Any other mentality going into this game would be a betrayal of what Solskjaer has managed so far at Old Trafford.