Ole Gunnar Solskjaer confirmed in Friday’s press conference that Marcus Rashford would return to the starting XI for Manchester United’s clash with Southampton at Old Trafford.

But with Paris Saint Germain lying round the corner, you suspect Solskjaer will want to avoid taking any unnecessary risks.

With that in mind, here is how Man United are likely to line up against the Saints on Saturday afternoon. 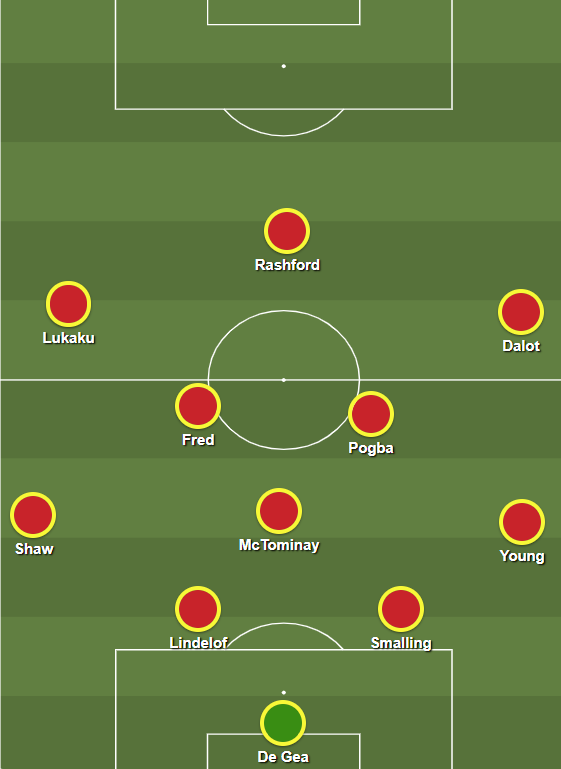 Solskjaer will expect Romelu Lukaku to pick up from where he left off at Selhurst Park. The Belgian had a renewed sense of purpose about his presence inside the box, scoring two good goals. Combined with the darting, clever runs of Rashford at No.9 and Diogo Dalot’s crossing ability out wide, you suspect United will carve out some openings against a Southampton team without an away win since January.

Further back, fringe duo Fred and Scott McTominay deserve another chance to show their quality. The latter has produced solid consecutive performances against Liverpool and Palace, while the Brazilian needs more time on the pitch as he continues to acclimatise at Old Trafford.