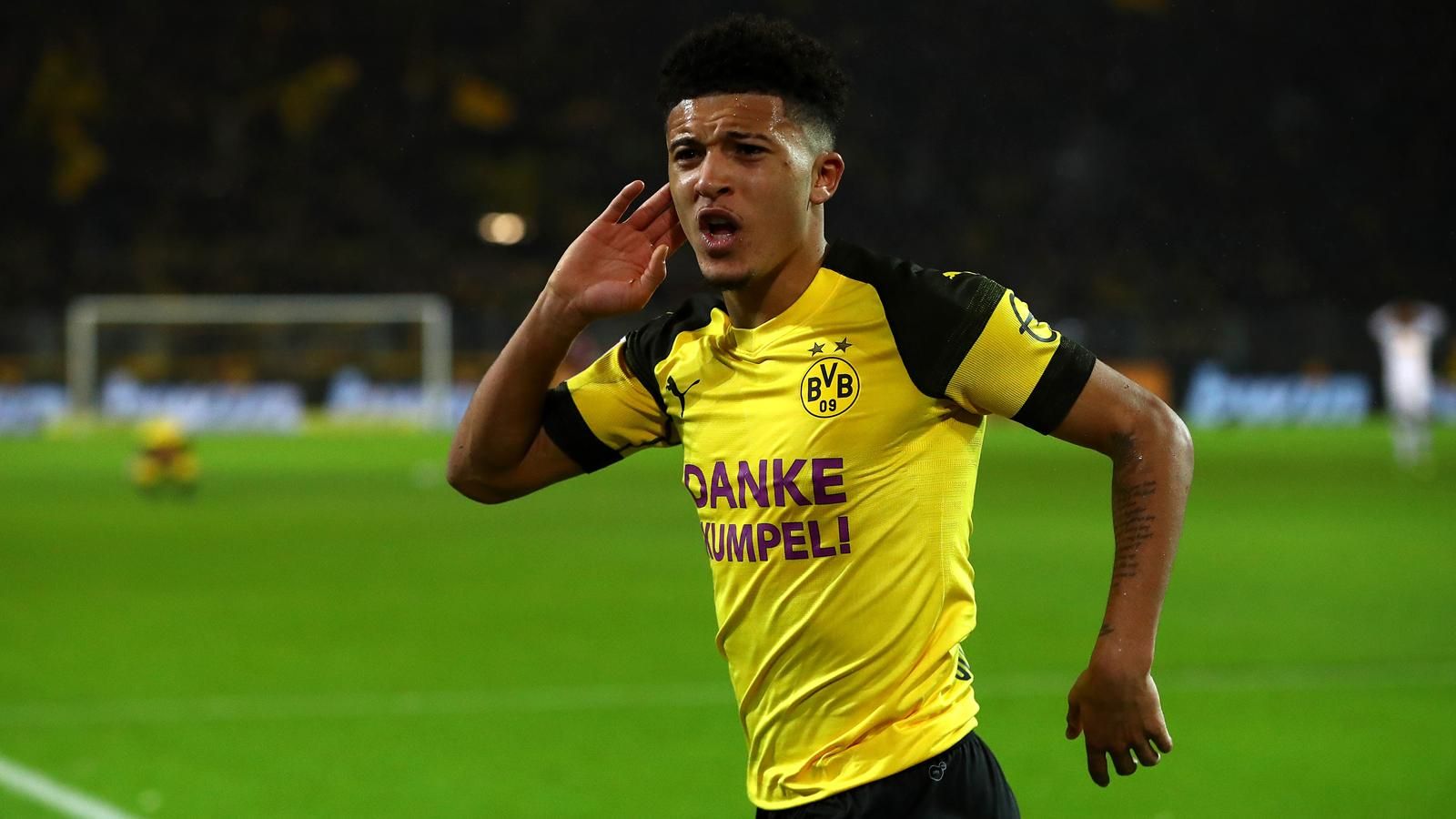 Manchester United are reportedly willing to do everything they can to sign Borussia Dortmund’s Jadon Sancho this summer.

The Englishman has quickly become one of the world’s most exciting prospects due to his performances for the German side as well as for his country.

Sancho has only just signed for Dortmund last summer for a measly £10m, prying him away from Manchester City’s hands.

The youngster is said to be the final piece to United’s attacking puzzle as he will line up alongside Marcus Rashford and Anthony Martial.

Fans are obviously excited at the possibility to sign the former City man but there’s no doubt he’ll cost a ridiculous amount.

According to the Mirror, the Red Devils are willing to break the record amount spent by an English club to fight off PSG for Jadon’s signature.

The French champions have plenty of spending power themselves but given their reported difficulties with financial fairplay, the advantage may be with Ole Gunnar Solskjaer‘s side.

Sancho does seem to fit the style of football the Norwegian is keen on implementing but the question remains whether he himself would still be at Old Trafford beyond the summer.

With Manchester United also in need of several signings, it may be wiser not to blow the whole transfer budget on one player.

Cristiano Ronaldo keen on a January move away...