Manchester United are set to take on PSG in the Champions League round of 16 tie on Wednesday night facing the daunting task of already being 2-0 from the first leg.

The French champions outclassed Ole Gunnar Solskjaer‘s side at Old Trafford a few weeks ago but there are some who still retain hope of an incredible comeback.

With United missing several first-team stars there’s less pressure to turn the tie around but there are still expectations.

Solskjaer’s men secured a comeback victory on Saturday against Southampton and will be hoping to do the same against PSG.

Thomas Tuchel’s stars are a different prospect entirely however and the Red Devils will have to be at their best. 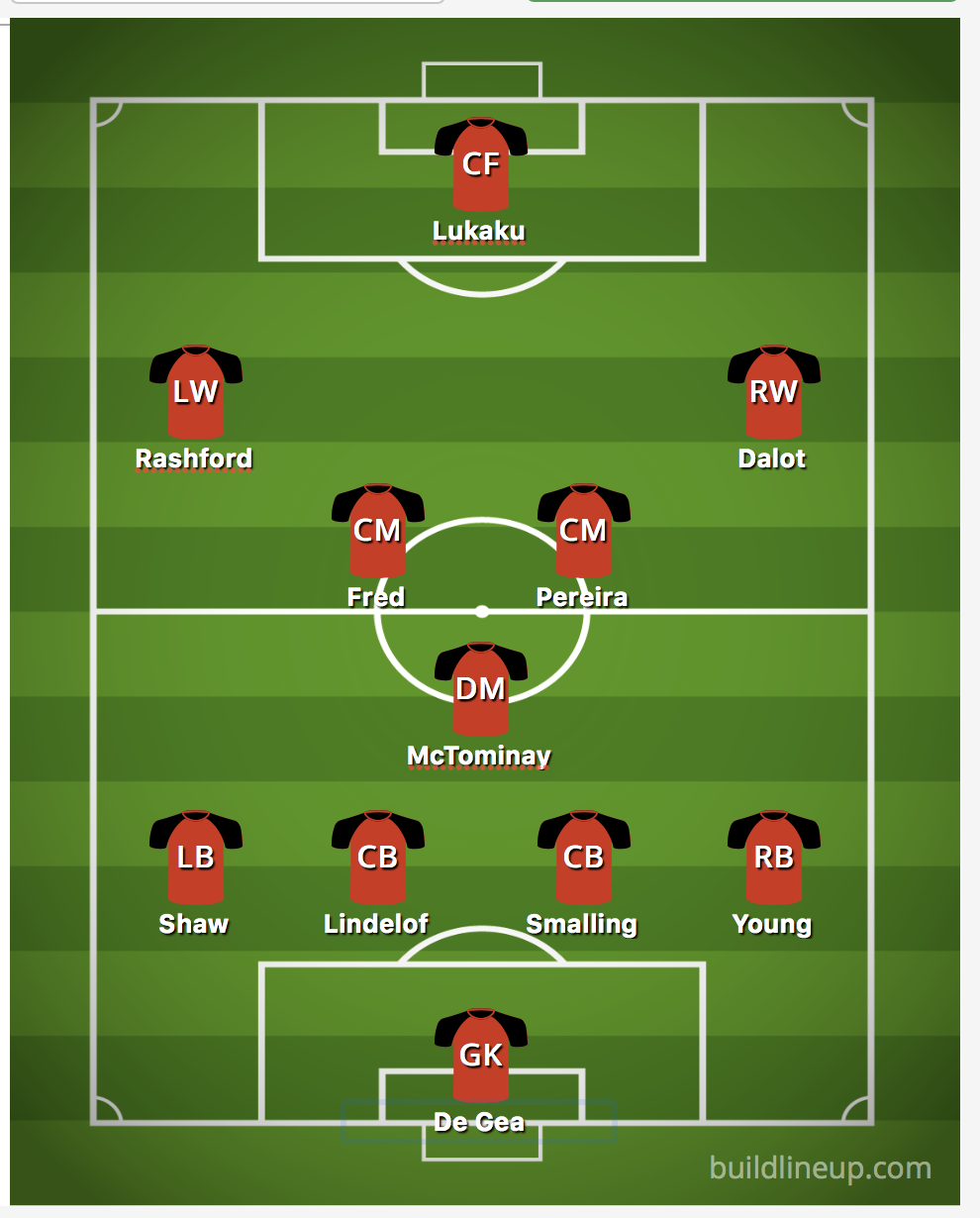 Ole has employed the 4-3-3 in big matches successfully in the past and there’ll be hope it can undo PSG as well.

Romelu Lukaku and Marcus Rashford showed signs of a promising partnership vs Southampton and that should be nourished whether they’re playing as strikers or winger.

With Alexis Sanchez picking up a knock, Solskjaer’s hand is forced a little as he puts in as many of his available senior players into the starting XI.

Andreas Pereira deserves to keep his place and although he’s better as an attacking midfielder, United still have to be weary of PSG so that the tie doesn’t become completely over.

The youngster grabbed a goal and an assist as he sparked the 3-2 comeback win over Southampton.

Fred will have to come into the side in central midfield and he’s arguably the player fans will be concerned about the most.

Scott McTominay has been in fine form since replacing Nemanja Matic in defensive midfield while Diogo Dalot will have to play as a winger once more due to a lack of options.

Luke Shaw and Ashley Young have been constantly present in United’s starting XI but Ole could be tempted to switch the position of the latter with the Portuguese as they’re interchangeable.

Chris Smalling has partnered Victor Lindelof of late and the two have shown positive signs of a solid partnership though there are those who would rather see the former replaced by Eric Bailly.

Given the Ivorian’s erratic behaviour, it may be wiser to stick with the Englishman even if he isn’t a world class defender.

The Red Devils struggled to control the fixture in their own stadium in the first leg and so getting numbers into the midfield may be the solution.

Solskjaer’s men may then prove to be better in possession and could then attempt to protect the ball whilst trying to open up PSG’s experienced defence.