Ole Gunnar Solskjaer should be extra cautious ahead of Manchester United’s trip to Arsenal on Sunday.

His team, fresh from recording a truly historic win over Paris Saint Germain, cannot afford to let themselves drop off in the slightest at the Emirates.

The potential returns of Ander Herrera, Nemanja Matic and Anthony Martial, along with Paul Pogba who was suspended, gives Solskjaer the opportunity to keep things fresh.

With that in mind, here is how we think Man United will line up against Unai Emery’s team this weekend. 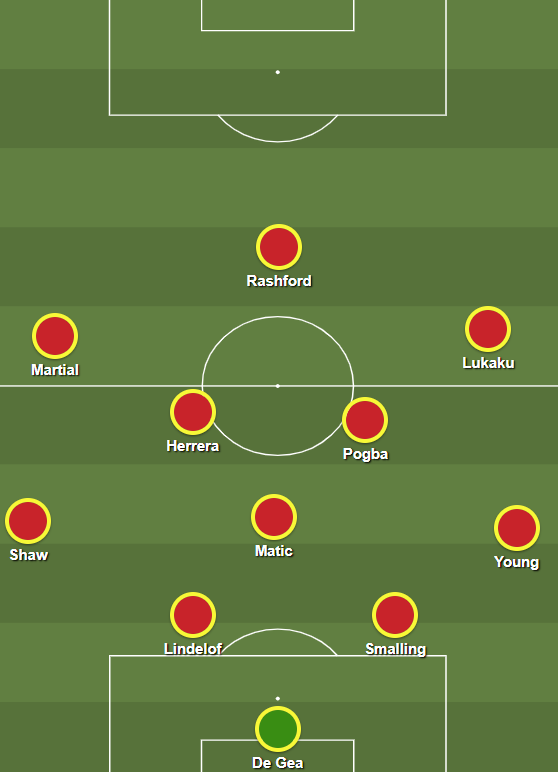 There will be a temptation to give Fred and Scott McTominay, both sensational in Paris, another chance to impress on a big stage. It is a temptation Solskjaer must avoid.

The psychological and physical impacts of that evening will be lingering. Coming back down to earth after a game like the one on Wednesday is always difficult.

On the the other hand, the trio of Pogba, Herrera and Matic – especially the former, who travelled to the Parc des Princes with the squad – are set to be chomping at the bit to get back out there against an Arsenal team who they have dominated on United’s last two visits to the Emirates.