Manchester United’s last visit to Wolverhampton Wanderers was seven years ago, when Sir Alex Ferguson‘s rampant side won 5-0 against a team heading for relegation.

Their trip to the Molineux on Saturday for a place in the FA Cup semi-final, against Nuno Espirito Santo’s aggressive team, presents a totally different challenge altogether.

Thankfully, Ole Gunnar Solskjaer has an improved range of options to choose from following a series of injuries to key players over recent weeks.

With that in mind, here is how we think Man United will line up against Wolves on Saturday. 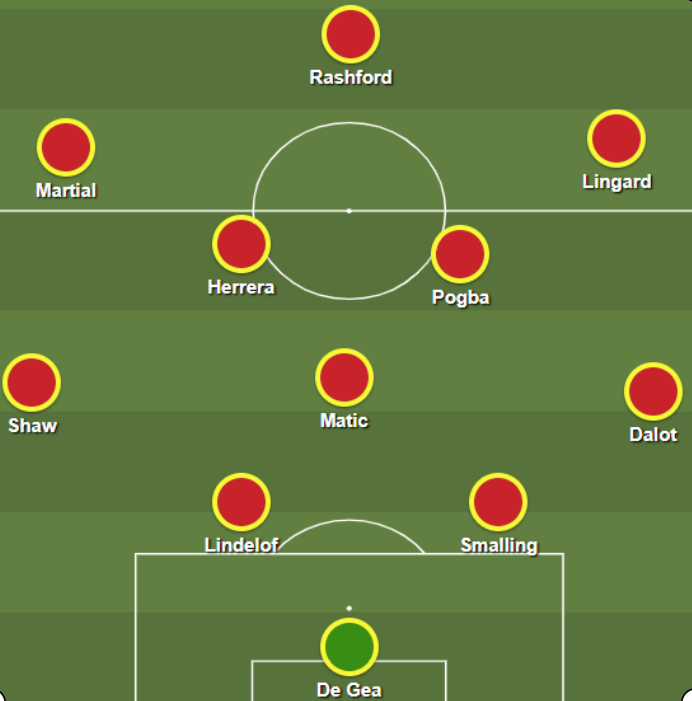 Solskjaer can call on his first choice front six for the first time since that 0-2 defeat to Paris Saint Germain a month ago, during which Anthony Martial and Jesse Lingard went off injured.

Those two will be crucial: Wolves want to play with a high tempo, squeeze the game, make things tricky. Martial and Lingard have to be the ones who, coming from out wide, pick out gaps left by the home side’s aggressive approach in the final third.

Should they succeed, and Solskjaer’s team keeps creating chances, United’s superior quality in front of goal will shine through.