Manchester United may have a host of their injured stars return vs Watford as they hope to get their top four campaign back on track.

According to Physio Room, the only player injured beyond the clash against the London club is Alexis Sanchez.

United do have a host of stars who are doubts but should still be fit enough to feature at one point or the other.

Many of their international players pulled out of representing their countries with some fans speculating that they aren’t truly injured and are instead saving themselves for their club.

The likes of Marcus Rashford, Anthony Martial and Nemanja Matic all returned to their clubs as their countries continued to compete and the hope is that they are fit. 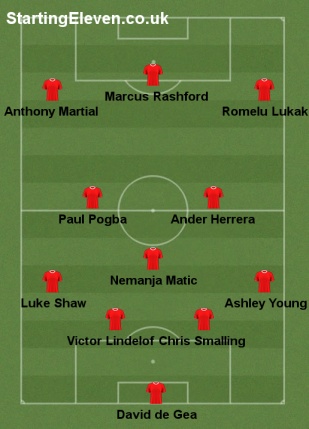 Manchester United’s back four pretty much writes itself as they continuously started alongside each other in the majority of Ole Gunnar Solskjaer‘s games.

Matic’s injury isn’t believed to be serious and he is expected to be fit for the clash against Watford though there are doubts over his sharpness.

Both the Serbian and Ander Herrera featured against Wolves last time out but didn’t play to their best.

Martial and Rashford are certainly a deadly duo and Romelu Lukaku completes the front three on the right wing.

The Belgian and Englishman can interchange and the former has enjoyed greater success out on the right flank.