Quite a lot has happened at Manchester United since their last home game in the Premier League.

Since the dramatic 3-2 win over Southampton 27 days ago, Man United have knocked Paris Saint Germain out of the Champions League, lost away games to Arsenal and Wolves, and appointed Ole Gunnar Solskjaer as their permanent manager.

Another development is that a number of players have injuries, the severity of which for the most part is unclear. Alexis Sanchez, Anthony Martial, Romelu Lukaku, Eric Bailly, Luke Shaw, Nemanja Matic and Matteo Darmian all have injuries of some kind. Marcus Rashford sustained a knock on international duty but is expected to recover in time.

With that in mind, here is how we think Man United will line up against Watford at Old Trafford on Saturday. 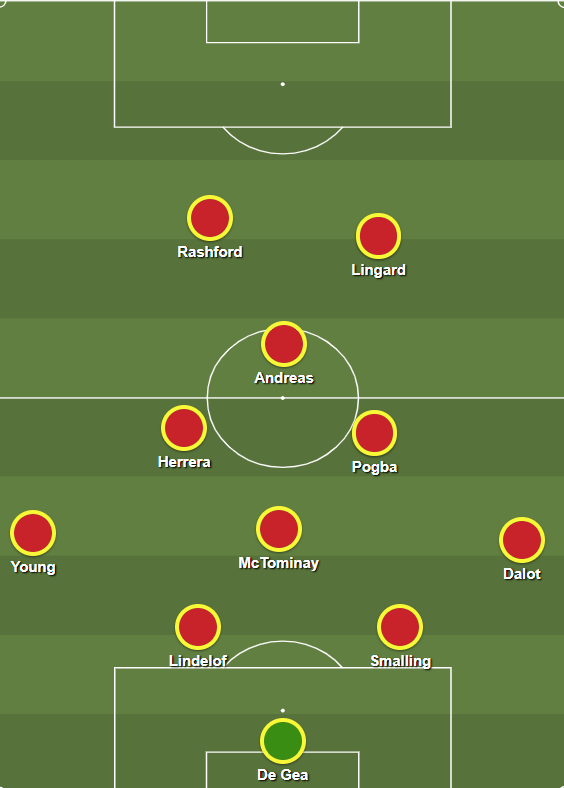 Solskjaer indicated after Southampton that playing Andreas Pereira – who scored and assisted in that game – at the tip of the midfield diamond, encouraging those bursts down the centre, could well be the position where the Brazilian is best suited. He was nothing short of explosive in that role.

Combine that with the buzzing influence of Jesse Lingard, who can hover across the Watford defence as Rashford stays central, and you have a dynamic front three capable of destabilizing Watford’s low block.