Manchester United have not produced one good performance at home in the Champions League this season.

Under Jose Mourinho, the club kicked off with a pitiful 0-0 draw against Valencia, lost meekly to Juventus, and only narrowly avoided a goalless draw with Young Boys thanks to an injury time goal from Marouane Fellaini, who is now in China. Paris Saint Germain, as we all know, dominated the first leg at Old Trafford.

And following three defeats in four games for Ole Gunnar Solskjaer – a dose of reality for the newly permanent Man United manager – the Norwegian must ensure his players do not roll over for Barcelona’s glittering stars. A win at Old Trafford against Lionel Messi and Co would be arguably more resonating than the Remontada in the Parc des Princes.

With that in mind, Solskjaer must select the best players available to him at this present moment. Here is what that might look like. 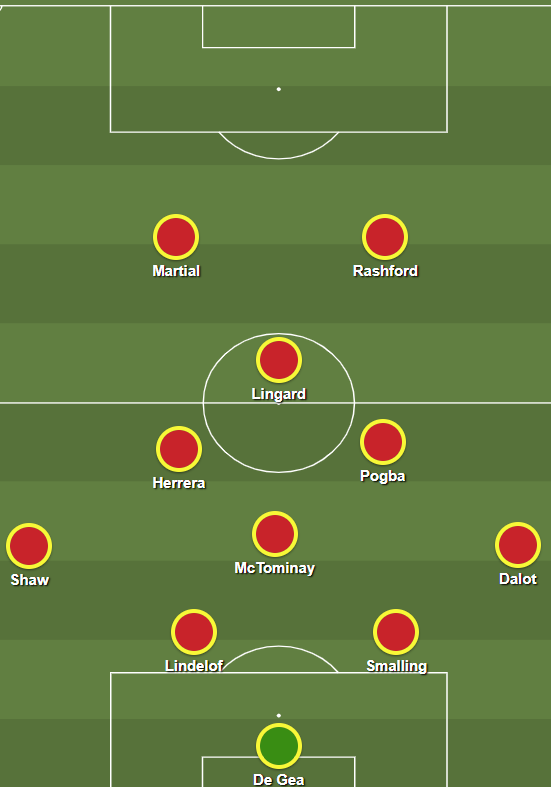 How do you beat Barcelona? Well, firstly, you have to somehow contain Messi, or at least prevent him from relentlessly bearing down on your defence, reducing his involvement in the game to mere moments.

From an attacking perspective, quick breaks are fundamental in destabilizing the Barcelona defence, which conceded four goals to a Villarreal side employing the same tactic. As a counter-attacking team, United may well get some joy against a Barcelona side which keeps the ball.

But it can only work if United do things sharply. Paul Pogba, miles off his best in the last three games, must release the ball into the final third as early as he can. Jesse Lingard has to endlessly press Ivan Rakitic and Gerard Pique down the middle. Marcus Rashford and Anthony Martial must pull out wide, receiving the ball on the edge of the box.

The pace and efficiency of these movements are everything. United cannot afford to drop off for even ten minutes. Barcelona, although imperious favourites, are by no means invincible.