Man United endured an emotional and physical haranguing at the Nou Camp on Tuesday, losing 3-0 to a vastly superior team spearheaded by the alien-like brilliance of Lionel Messi.

And with Manchester City coming to Old Trafford on Wednesday, Solskjaer must keep his tired squad sensibly rotated to ensure United claim the 12 points needed for Champions League qualification.

With that in mind, here is how we think United will set up against the Toffees at Goodison Park. 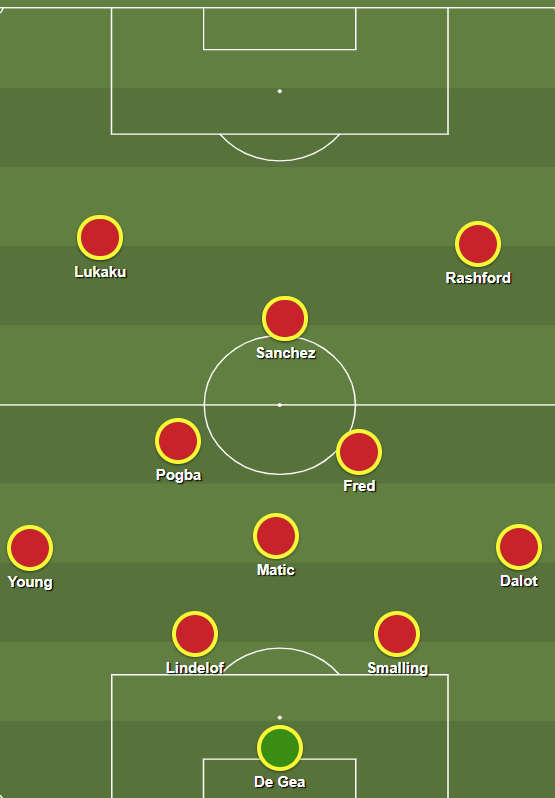 Ideally, this game against Everton would take precedence, with Solskjaer starting his strongest team against Marco Silva’s men and then fielding a starting XI comprising of 11 Ashley Youngs for Manchester City, to serve the greater goal of preventing Liverpool from winning the Premier League title.

In reality, though, Solskjaer will look for balance, resting some players while maintaining a strong core. The Norwegian confirmed Nemanja Matic and Alexis Sanchez are both expected to feature, and a strong performance from the pair would serve as a huge plus. Neither deserves to be starting but both, given their quality, ought to serve as dependable second choice options to use when fixtures mount up.