Manchester United will have the daunting task of taking on Manchester City this Wednesday with fans hoping Ole Gunnar Solskjaer can pull off a tactical masterplan.

It may seem as though it was ages ago but the Norwegian did beat the likes of Arsenal, Tottenham, Chelsea and PSG all away from home.

He is capable of springing surprises and getting big results but with his players desperately exhausted and out of form, it will take some doing to beat City.

United have looked a shadow of themselves of late and it couldn’t have come at a worse time with the season coming to a close.

The results against the Sky Blues and Chelsea will likely define their season so here’s how Solskjaer should set up for the former clash: 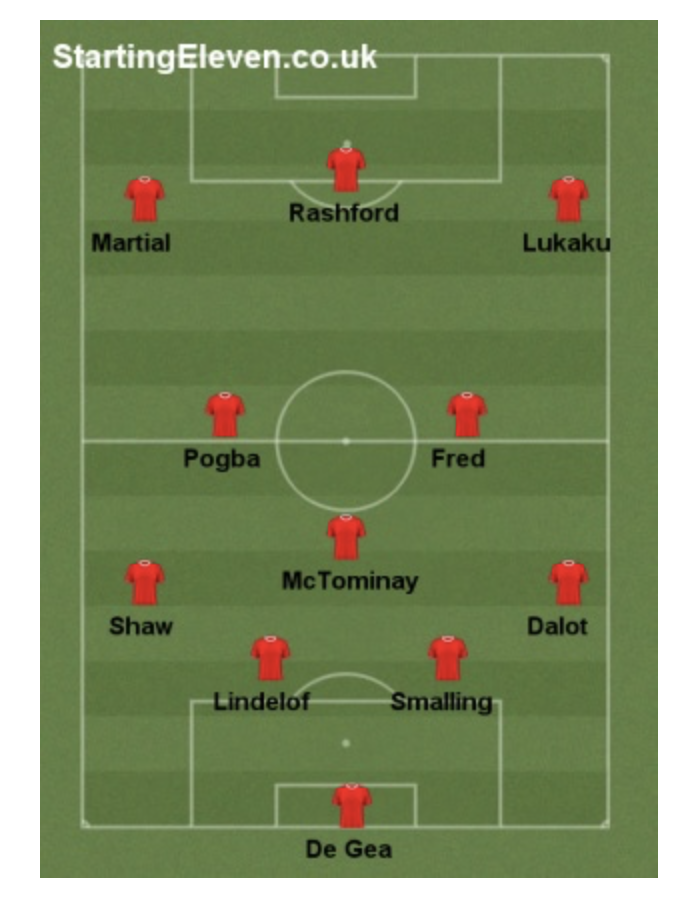 Despite being distracted, David de Gea is still the club’s best shot-stopper and dropping him in such a crucial match would not be the right time to send a message.

Chris Smalling and Victor Lindelof have been Manchester United’s most consistent and best options at centre-back so it makes sense to continue with them.

Luke Shaw will finally return at a much needed time having served his suspension and although Diogo Dalot has a lot of learning to do, Ashley Young is simply a liability Ole can do without at the moment.

Against Everton Nemanja Matic showed just how his lack of pace is harmful to the team so Scott McTominay should take his place against a speedy City side.

Fred‘s energy will be needed with there being no suggestion of Ander Herrera recovering from his injury anytime soon.

Despite Marcus Rashford and Anthony Martial‘s struggles of late, their pace is crucial to United’s likely counter-attacking tactics and so Solskjaer can’t do without them.

Romelu Lukaku hardly had a sniff at Everton but Jesse Lingard has been out of form and so the Belgian disrupt City using his physique successfully from the right-wing as he did before in other matches.