Manchester United’s season is effectively over after failing to beat Chelsea at Old Trafford last weekend.

A finish in the top four for Ole Gunnar Solskjaer‘s team would require Chelsea to avoid winning either of their last two games, along with Arsenal dropping points.

However, for a team running on empty and with only two wins in two months, Solskjaer’s first priority must be how to restore some attacking vitality to these bedraggled players.

Here is a starting XI for the meeting with already-relegated Huddersfield Town which would perhaps bring Man United back to basics after a chaotic few weeks. 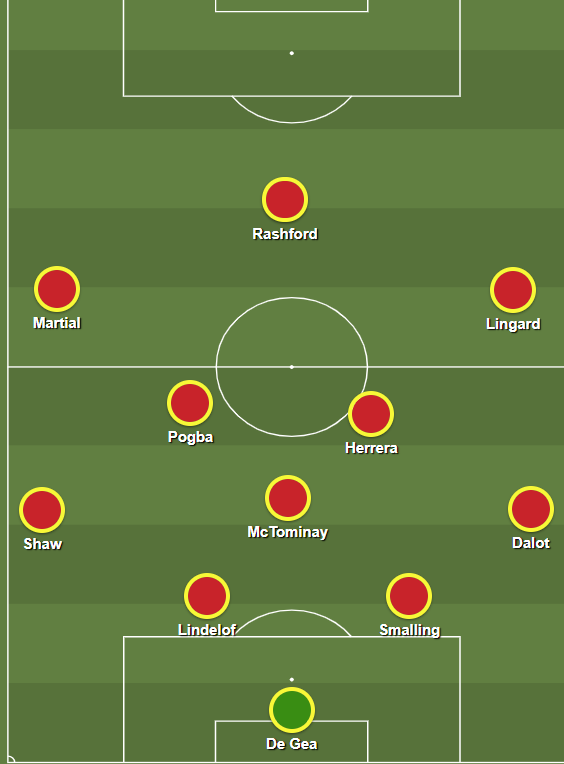 When Solskjaer initially got behind the wheel, this was the system he went for: a dynamic attacking 4-3-3 encouraging movement between the attacking trio and allowing for Paul Pogba to play in the left channel while Ander Herrera anchors the play further behind.

The system encouraged hard pressing and breaking in numbers up the pitch after winning possession in midfield, and it worked nicely against lesser teams away from home, where space in behind is there to exploit. It is a basic system, one Solskjaer went for when his only consideration was to get this team breathing again. Perhaps now is the right time to make a return to similar basic principles.