Manchester United are set to take on Huddersfield in their last away fixture of the season with Ole Gunnar Solskjaer keen to finish on a high.

The Norwegian will be hoping the likes of Tottenham, Arsenal and Chelsea all drop points before the campaign is over in order to help his own ambitions.

United’s top four hopes heavily rely on the above teams failing to grab wins but with just two fixtures left, it makes qualifying for next season’s Champions League incredibly difficult.

Solskjaer really has nothing to lose and can opt to go all out on his two remaining opponents in Huddersfield and Cardiff.

The former has already been relegated so the onus is on the Red Devils to flex their muscles and win the clash comfortably. 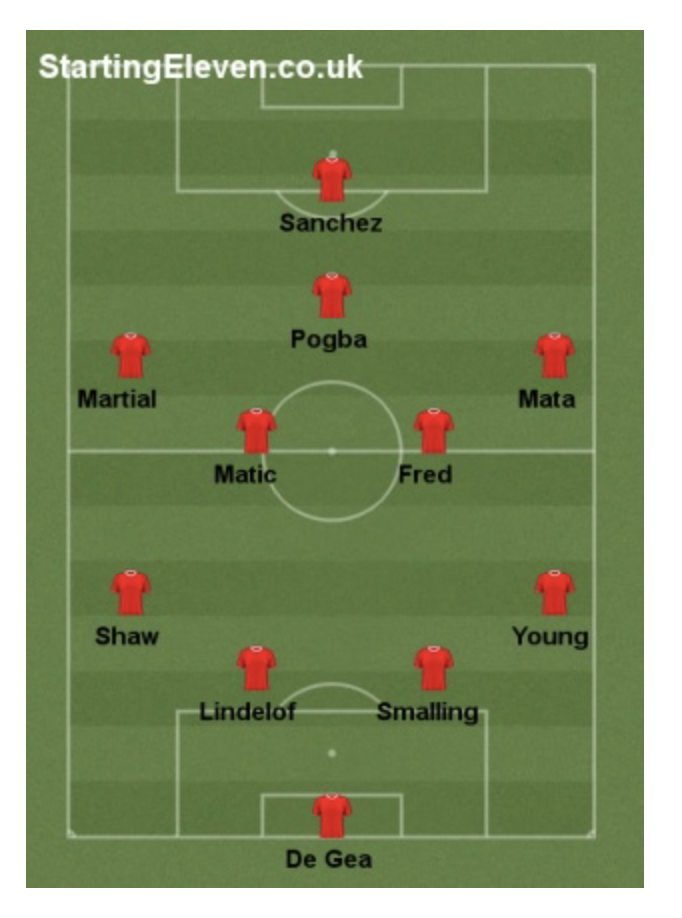 Paul Pogba operated rather successfully as a number ten in Ole’s first few matches and his form was so great he almost singlehandedly carried his side back into top four contention.

It makes sense to move him back there in a 4-2-3-1 formation to blow Huddersfield out of the water and secure all three points.

Alexis Sanchez and Anthony Martial are unfamiliar faces in the starting XI of late but with both Marcus Rashford and Romelu Lukaku carrying knocks, they may get their chance to prove their worth.

Eric Bailly‘s injury should see Chris Smalling return to the starting line-up while Ashley Young, Luke Shaw and Victor Lindelof have all been regulars in the defence all season long.

Juan Mata‘s goalscoring return vs his former side in Chelsea last weekend could see him retain his spot though it’s likely to come from the right-wing.

Nemanja Matic and Fred have previously played alongside each other, both holding in the attacking 4-2-3-1 formation but Solskjaer could opt to replace one or the other with Scott McTominay.

Manchester United have suffered with fitness issues of late with the squad looking lethargic but having now had a week off and facing already relegated opponents, a win really should be on the cards.