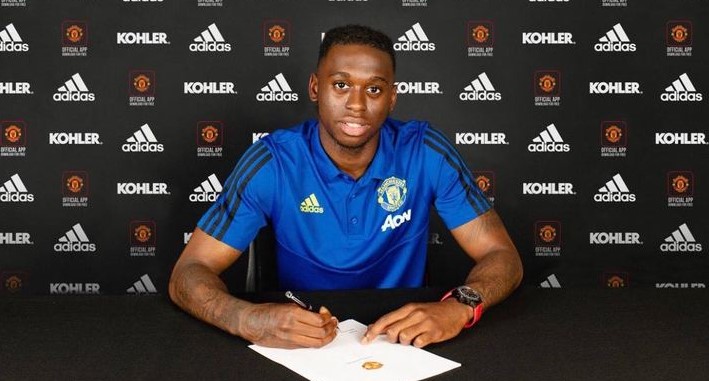 Rio Ferdinand has expressed his approval after Manchester United announced the signing of Aaron Wan-Bissaka on Saturday.

The 21-year-old right-back joins the club from Crystal Palace on a five-year contract for a fee of £45m plus a further £5m in add-ons.

He becomes the second signing of the summer after Daniel James arrived from Swansea City for £15m earlier this month. Ole Gunnar Solskjaer will now target adding to the squad’s midfield.

Taking to Instagram after the transfer was announced, Ferdinand explained why Wan-Bissaka had all the core elements necessary to become a successful Man United player.

“Welcome to Manchester United, Aaron Wan-Bissaka! ????????????⚽️❤️ Now the hard work starts for this young English talent,” he said. “That is the mindset I hope he has… I’m here to learn how to improve in all areas; to become a success at this great club.”

“He has all the natural ingredients you’d want in a modern day full back – pace, takes the ball, can defend 1v1, can tackle….all a great base to start with from a coaches point of view.

“It’s how he develops that will be key, identifying areas that need that extra attention which is so important in his development and that’s where he will need help from the coaches at the club.

“I had that in abundance with Carlos Queiroz and ReneMeulensteen who always had pointers for me to work on, on the training ground. But most importantly YOU as a player need to want to learn & improve….and on that point, from what people have said who know him – he wants to improve and work on his game. Talented, Young, English & importantly hungry – great place to start. He has earned this opportunity & I wish him all the luck in the world on this new journey ????????.”

Wan-Bissaka was the Premier League’s most consistent right-back last season, starting 35 out of 38 games under Roy Hodgson. He barely put in a shaky performance.

He first came to the attention of United fans when, in March 2018, he bombarded Ashley Young with sheer abandon down the right flank during a 3-2 win for Jose Mourinho‘s side at Selhurst Park. Palace faded away in that game, surrendering a two-goal lead, but the ferocity with which Wan-Bissaka played – right up to the final whistle – stuck in the memory.

From day one, the youngster had the veneer of a Premier League player – somebody who embraces its vicissitudes with open arms. He must carry that same attitude into the dressing room at Old Trafford.