Romelu Lukaku and Anthony Martial were pictured in full training with the Manchester United squad ahead of the club’s opening game of their pre-season tour against Perth Glory on Saturday.

The pair did not take part in full training on Thursday when the Man United squad trained at the WACA in front of 12,000 supporters, putting in some work on exercise bikes instead.

The pair were both hard at work ahead of United’s first fixture since losing 0-2 to Cardiff City in May. 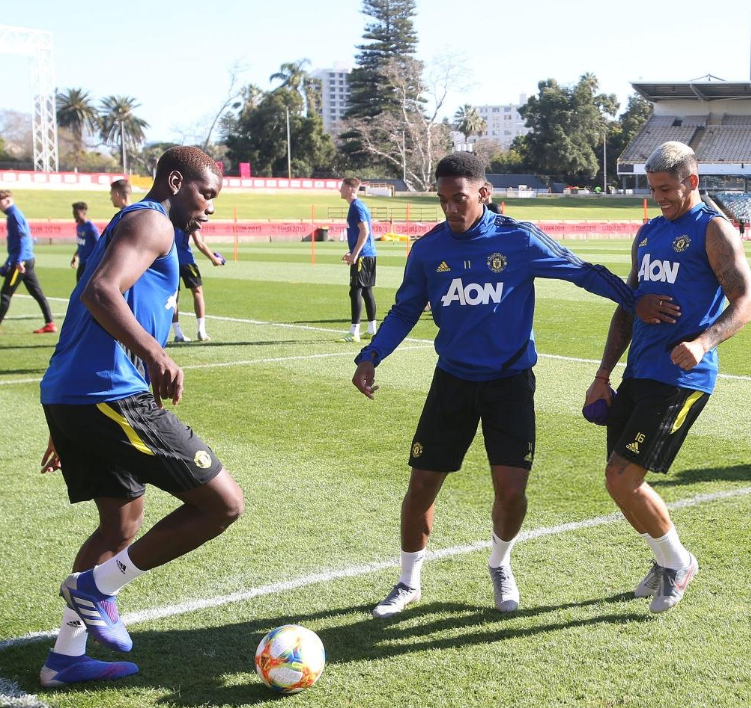 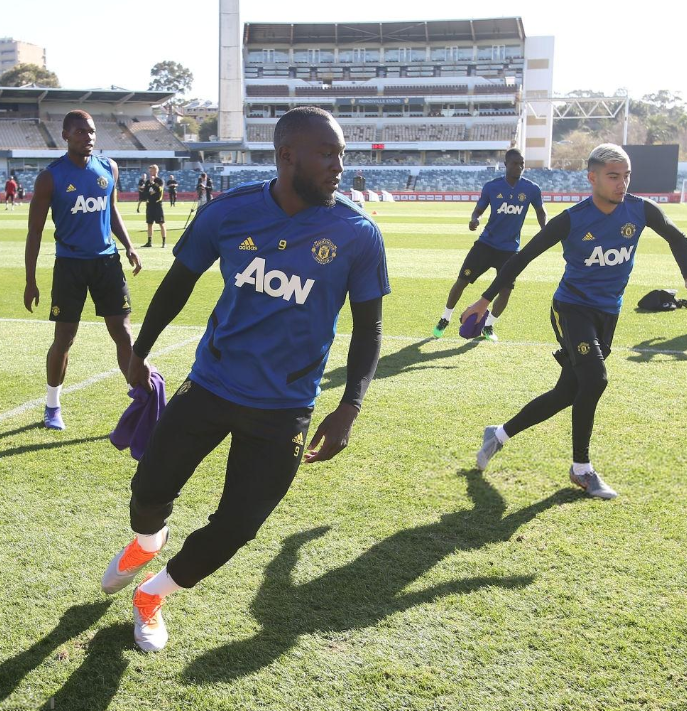 Martial has not looked the same since penning a new contract earlier this year and supporters – a portion of which revere the Frenchman in the same way teenage girls love Beyonce – are starting to lose patience with him. With Mason Greenwood coming through the ranks and James now in the mix, he needs to bring bums off seats sooner rather than later.

Lukaku, on the other hand, has remained silent and professional – unlike Paul Pogba and Mino Raiola – but you get the sense that underneath lies anger, frustration, longing. United has not worked out for him so far, and Solskjaer doesn’t appear to fancy him. A move seems to be on the cards.