Manchester United are currently gearing up for their fourth pre-season clash of the summer and they’ll be keen to keep up their winning run so far.

Tottenham Hotspurs are tasked with ruining their streak having notched up victories against Perth Glory, Leeds United and Inter Milan so far.

Ole Gunnar Solskjaer will now certainly start to stop handing out minutes to all the members of his squad and instead begin to settle on a starting XI.

After all, come match-day one of the Premier League, the legendary Norwegian can only select eleven players who he feels will give him his best chance of victory.

Keeping that in mind, it’s likely that three-quarters of the starting eleven against Tottenham will be key players with a few others handed opportunities to show what they can do. 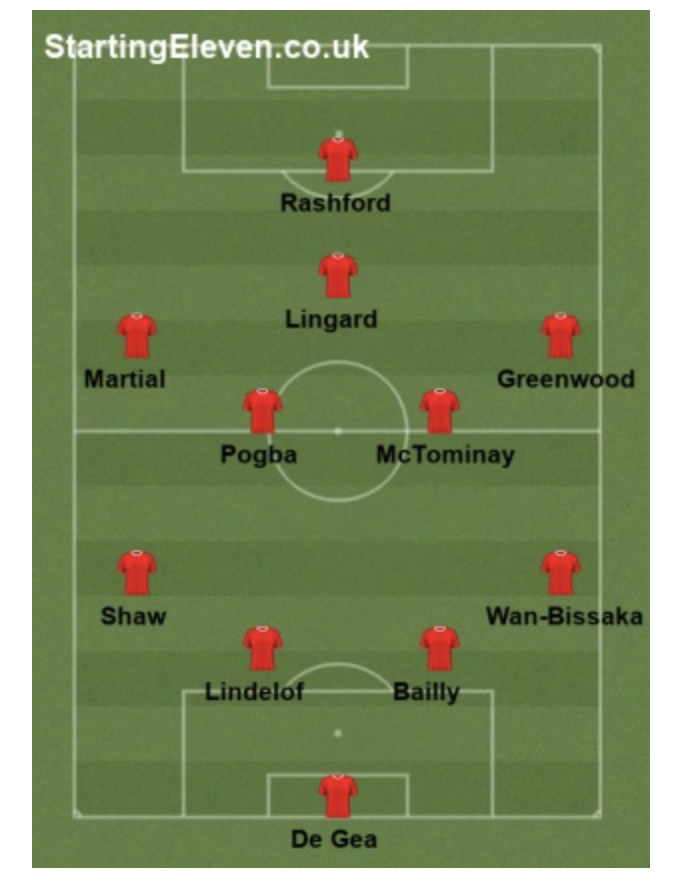 Of course given that it’s pre-season anything goes but since David de Gea missed the first two matches, it makes sense he will be given even more minutes this time around.

Victor Lindelof is pretty much a guarantee starter for the season and so Solskjaer will be keen to keep him sharp.

Eric Bailly suffered a small knock but at the moment he seems the most likely centre-back to partner the Swede so perhaps he’ll be given some match-time to build his fitness back again.

Aaron Wan-Bissaka and Luke Shaw are pretty much Ole’s best full-backs while Scott McTominay and Mason Greenwood have played well all summer and deserve more minutes.

The baby-faced manager seems eager to keep Anthony Martial and Marcus Rashford in the same starting eleven so perhaps he’ll squeeze them both in.

Jesse Lingard has been hot and cold so far and could be given another shot to make his mark before the tour is over.