Manchester United play their final pre-season game ahead of the 2019-20 against AC Milan in Cardiff on Saturday.

Supporters will be giddy at the recent news of Harry Maguire and waiting anxiously to hear about Bruno Fernandes and Paulo Dybala, but there is also an actual game happening.

Indeed, with less than ten days until Man United take on Chelsea at Old Trafford, supporters ought to look closely at Ole Gunnar Solskjaer‘s lineup against the Italian side.

This is probably what the starting XI on will look like tomorrow as well as on August 11 for the meeting with Frank Lampard’s side. 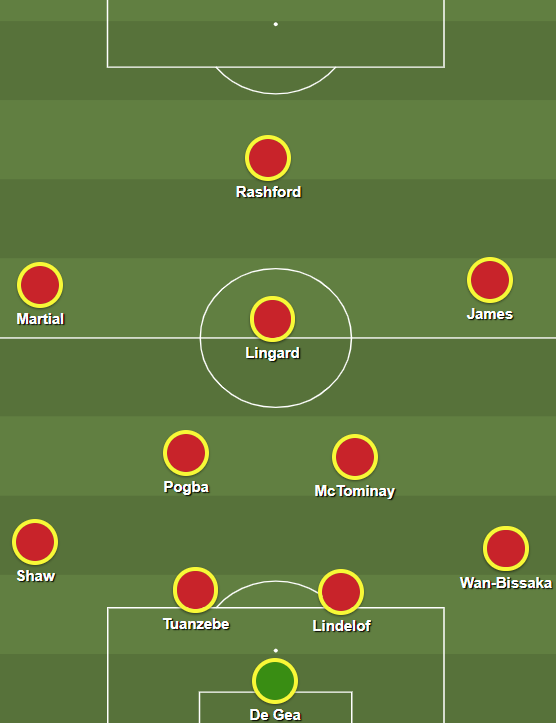 United’s meeting with Kristiansund was only notable, really, for the performance of Scott McTominay and the sheer power of it. His passing, his movement, his overall stature. It felt upgraded to last season.

And if Ole Gunnar Solskjaer does plan to stick with his 4-2-3-1 system going into the new season, it is this pair of McTominay and Pogba which much start. Attack and defence, mobility and assurance, panache and discipline. A balancing act, you could say – something so necessary when playing a pivot.

The front four of Marcus Rashford, Jesse Lingard, Anthony Martial and Dan James looks like a shoe-in. Their approach play has been crisp and encouraging but that final ball must get sharper.