It would not be an exaggeration to say that no team gave Ole Gunnar Solskjaer more problems on a tactical level than Wolverhampton Wanderers last season.

Moreover, apart from a 20 minute period in game two, United failed to summon the zip and precision necessary to create meaningful chances against a team which was, quite frankly, superior to Man United.

With that in mind, here is a starting XI which would be best suited to take on Wolves this time around. 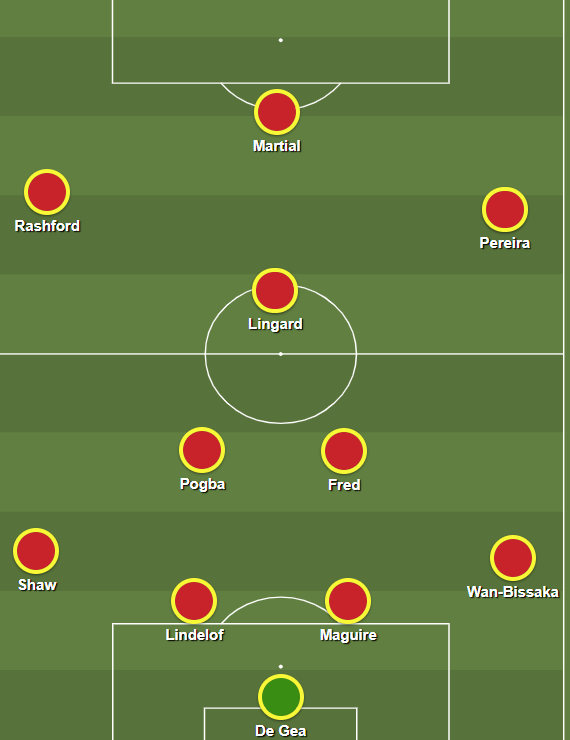 Firstly, Nemanja Matic needs to go. Wolves targeted the Serbian’s immobility at the base of midfield and penetrated key areas as a result, exposing United’s defence to the penetrative passing of Ruben Neves. Having Fred in that position gives United a better chance of beating Wolves’ press, with Paul Pogba orchestrating counter-attacking transitions slightly further forward.

Further forward, not much should change from Chelsea: the high pressing of Andreas Pereira and Jesse Lingard will stop Neves from having much time on the ball, which will, in turn, allow for United to use the ball in a more advanced position, as opposed to Matic holding the ball 70 yards from Wolves’ goal-line.

The meeting with a very dangerous Wolves side will act as a good barometer of just how well United players are taking to Solskjaer’s ideals.