Manchester United travel to the Molineux Stadium on Monday night for something of a ‘bogey contest’ with Wolverhampton Wanderers.

Ole Gunnar Solskjaer‘s side lost both games away to Wolves last season – one in the league and one in the FA Cup quarter-final – in a very similar fashion: by being outpaced by a more energetic team.

How Man United fare against them this time around well tell the world plenty about just how meaningful that 4-0 win over Chelsea really was.

Here is how Solskjaer will most likely line up for the meeting with Nuno Espirito Santo’s men. 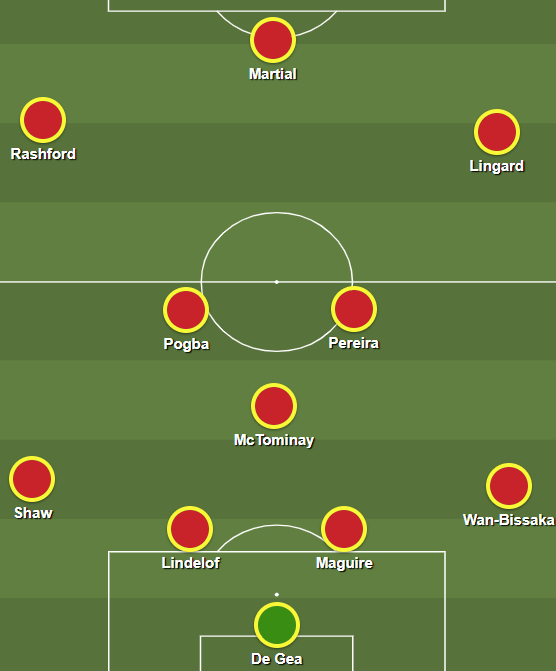 This is, as you may have noticed, the same XI which turned out against Chelsea, only set up slightly differently.

Andreas Pereira, like he did with Jorginho, needs to stay very close to Ruben Neves, starving him of space and allowing for Jesse Lingard to carry the ball into the final third with pace.

Pressing needs to be at the forefront of United’s approach. Even the full-backs must put pressure on their oppositie numbers, whose long diagonal switch pass is a key element of Wolves’ play.

And Paul Pogba, who looked lost against Wolves last season, simply must dictate the pace of the game. Without this, Wolves will start to find their groove.