Photo: Chris Smalling training with AS Roma for first time

Chris Smalling has been pictured training with AS Roma for the first time since joining the Serie A side on loan from Manchester United.

The Englishman completed a basic season-long loan move, worth €3m with no option to buy, to the Italian captial last week.

Smalling had not featured in any of Man United’s opening three Premier League games of the season, with Ole Gunnar Solskjaer sticking with defensive pair Harry Maguire and Victor Lindelof.

The defender was pictured working hard in the Italian heat as he prepares for his Serie A debut. 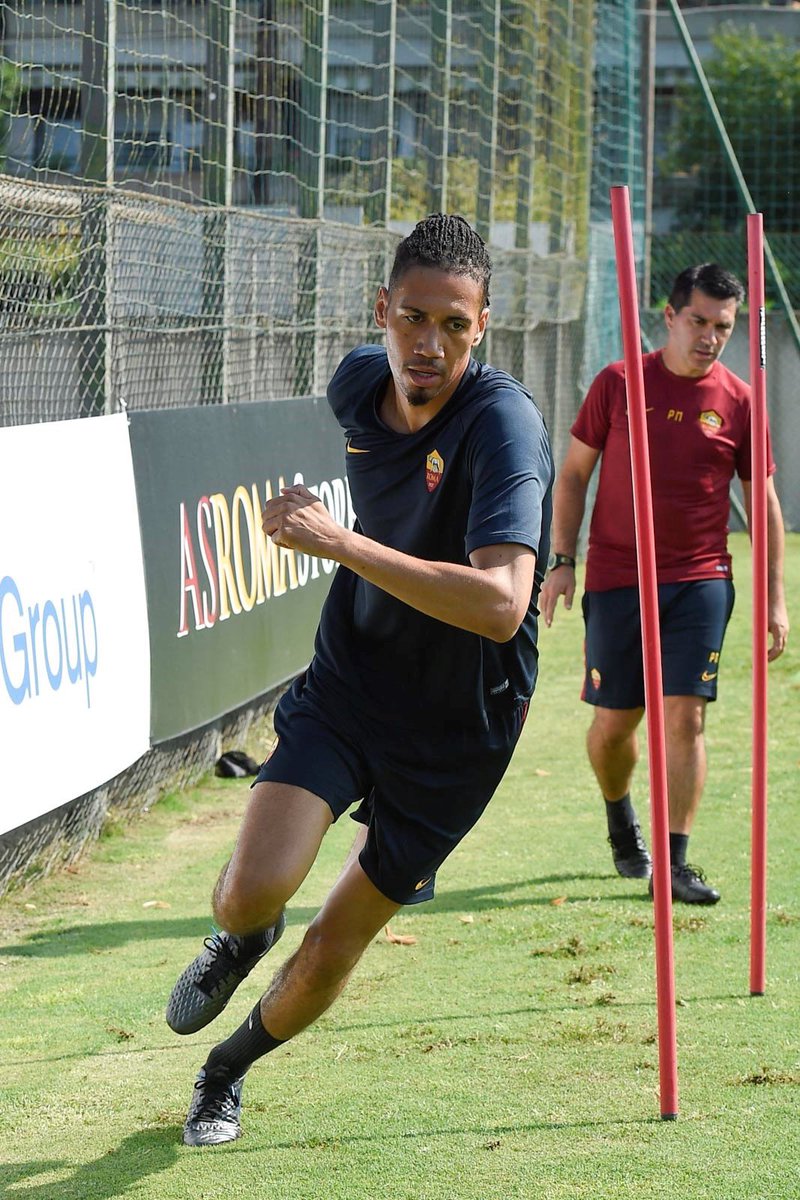 Smalling was declared fit enough for a place on the bench ahead of Roma’s 1-1 draw with Lazio this weekend, although manager Paulo Fonseca opted against throwing him in at the deep end, away from home at the club’s fiercest of rivals.

With the international break now underway, the 29-year-old must wait until September 15 to pull on a Roma shirt and finally get some action after a long summer against Sassuolo at the Stadio Olimpico – the site of United’s 2-0 defeat in the 2009 Champions League final.

Back then, Smalling had just left Maidstone to join Fulham. Ten years on, he has the chance to show the Italian public why United fans, sometimes seriously and sometimes not, call him Mike Smalldini.