Ole Gunnar Soskjaer will be without up to seven players for Manchester United’s clash with Leicester City on Saturday.

This means that an already substandard group of players has been stripped of several key members, leaving Solskjaer with no choice but to field a team which will, once again, have the feel of being dysfunctional.

With that in mind, here is how we think the Norwegian will line up for the meeting with a strong Leicester side. 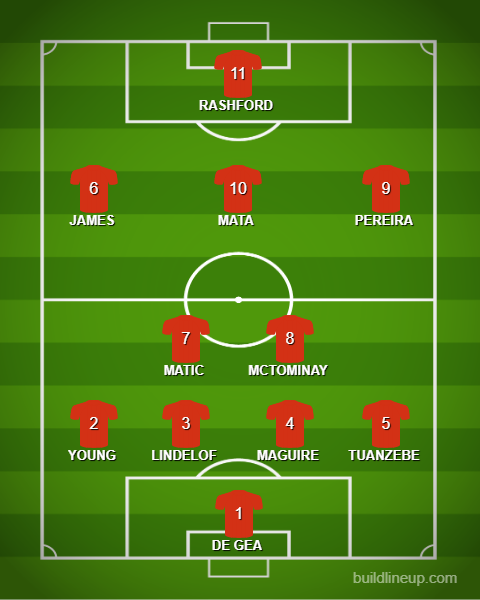 That midfield, which feels light even when at full strength, will be truly on the backfoot against the trio of James Maddison, Youri Tielemans and Wilfried Ndidi, which is why Andreas Pereria must double up as a No.8 and a No.6 in midfield, with Juan Mata helping to serve as the link between midfield and attack.

One positive, I guess, is the fact that Axel Tuanzebe, who was excellent on loan at Aston Villa last season, is likely to receive a chance at right-back – where he made his Premier League debut in May 2017, funnily enough, despite being a central defender by trade.

Either way, this is a barebones team which will need to perform at its very best to have a chance of claiming three points.