Manchester United will be desperate to get some momentum by claiming three wins on the trot with a win away to West Ham United.

The ponderous nature of Man United’s victory over Astana would have been troubling to see for supporters, but the sight of Mason Greenwood scoring his first senior goal – a really good one too – was enough to provide a sense of excitement looking towards the future.

Greenwood’s close control, his eye to work angles in the box, finished off by that perfect finish – it was no surprise that many were comparing him to Robin van Persie.

So, how does Ole Gunnar Solskjaer fit him into the starting XI against the Hammers? 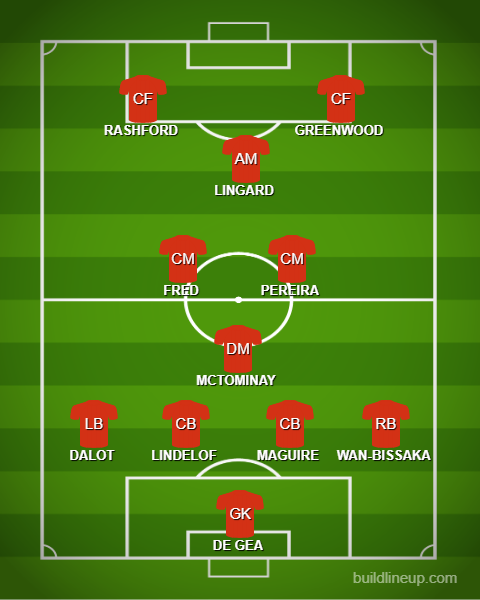 Not only is this a nice way of working Greenwood in, but perhaps it is also the best possible starting XI at the Norwegian’s disposal.

If that midfield can offset West Ham’s momentum and lay the platform for counter-attacks, then United are in the money.

The use of two widish forwards, staying high but pushing wide to drag Angelo Ogbonna and Issa Diop out of position, would give United more space to run into and enable Jesse Lingard to act as a false nine, in very similar fashion to how Solskjaer set up for the 1-0 victory over Tottenham Hotspur in January, among other games.