There is a feeling at Manchester United that results and performances can improve if Ole Gunnar Solskjaer fields the same team which started in the 4-0 win over Chelsea back in August, according to the BBC.

That victory over Chelsea signals the only time in the last 13 games that Man United have scored more than one goal in a game.

Since then, United have managed just one league victory, while their winless record away from home now extends to 11 games.

A club insider has told the BBC that fielding the team which featured against Chelsea would serve as the answer to Solskjaer’s current problems.

So, let us have a look at the team which took on Chelsea. 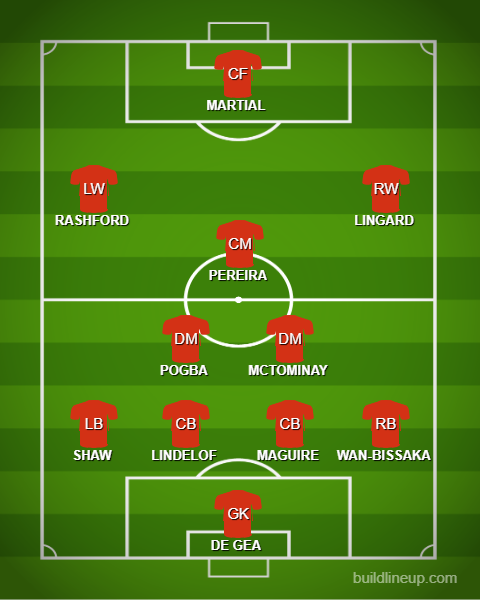 There is merit to this claim by our insider here. Anthony Martial at number nine is a big yes, with the three behind him serving as an effective pressing unit, while Paul Pogba and Scott McTominay are the two club’s best midfielders. The back five is obvious.

However, there are two big things wrong with this.

Firstly, although this starting XI looks decent, what is there beneath that? Any successful team must have alternative options to call on and United clearly have none that they properly trust. This is a team capable of performing over one game. Not nine months.

And secondly, while United did end up winning 4-0, that game could have very easily gone in Chelsea’s direction. Kurt Zouma’s foul, Tammy Abraham hitting the post, Chelsea dominating the midfield for 20 minutes. United had to ride their luck.

The idea that this one game serves as a blueprint for how to address the health of a team which has failed consistently for five years, is nothing short of comedy. And I am not laughing.