The visitors have won 17 Premier League games in a row, while Man United, currently two points above the relegation zone, have just two wins from their last 13 league fixtures.

One positive piece of news for United fans is that reports have tipped Paul Pogba, Aaron Wan-Bissaka and Luke Shaw to return from injury in time for the game.

With that in mind, here is United’s best possible XI for the meeting with Jurgen Klopp’s men. 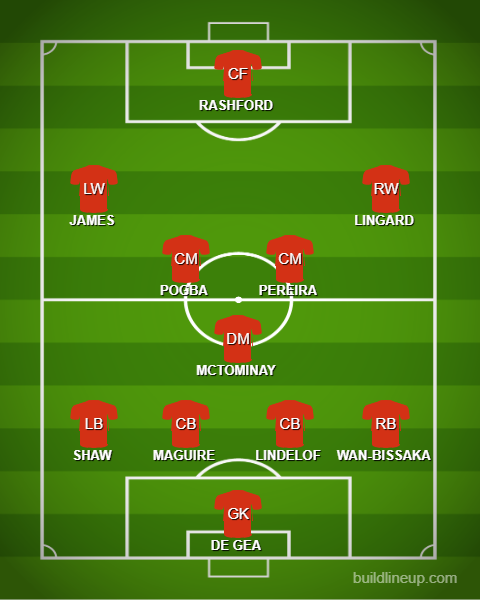 Any team in 2019 depends on its full-backs to provide energy and width, but for Solskjaer’s counter-attacking model, it is absolutely vital.

Without it, United’s midfield has looked lost, devoid of space or momentum, stripped of the wide channels through which to create meaningful patterns which can translate into finding players in the final third.

Of course, not having anybody seemingly capable of producing a successful 10-yard pass has also been a hampering force, which makes Pogba’s return – against a side which presses harder than more or less anybody – a timely one.