Ole Gunnar Solskjaer will be desperate to have Anthony Martial back for Manchester United’s clash with Liverpool on Sunday.

The Frenchman has been injured since August 24, a date that preceded a painful wholesale demise in attacking potency.

Marcus Rashford is struggling in the number nine role, but his performance during England’s 6-0 win in Bulgaria was a sign that perhaps he would be best served through playing wide against Jurgen Klopp’s men.

With that in mind, here is how we think Man United could line up against the Premier League leaders. 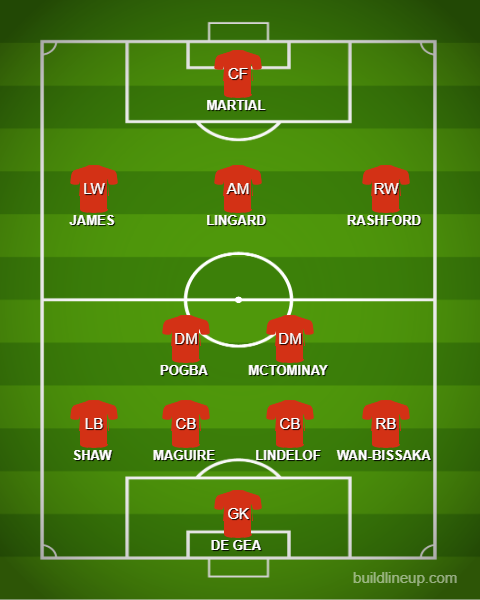 More than anything, this front four needs to be lightning-fast, organised, precise in their movements and passes.

That is why Jesse Lingard, despite his poor form, simply has to be there ahead of Juan Mata, who will slow things down and allow for the tide to turn in Liverpool’s favour if his passing gets bogged down.

United must make this game a live wire, one that goes from end to end, as opposed to being quietly controlled by the visitors.

On a closer level, United really do need somebody who you would trust to put the ball away if an inch presents itself in the Liverpool box. At the moment, Martial seems like the best candidate for that.