Manchester United could very well be without their two best players for the meeting with Liverpool – Paul Pogba and David de Gea.

The Frenchman is a major doubt as he continues to recover from a foot injury, while De Gea picked up a groin problem on Wednesday night whilst playing for Spain.

In other words, United’s hardest game of the season yet has been seemingly made a whole lot harder.

So, how can Ole Gunnar Solskjaer get round this problem and beat the league leaders? I will show you. Here is how. 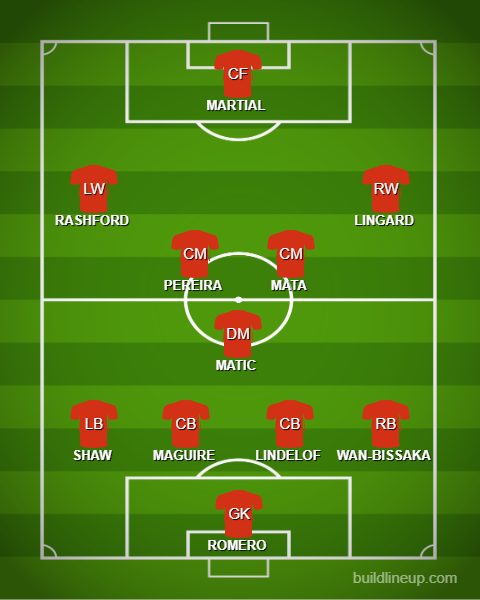 Juan Mata in midfield is a red flag, I know, but Solskjaer does not trust Fred and nor I do, and United need somebody who can pass from deep. That is absolutely crucial.

The Spaniard will need to rely on Nemanja Matic being sharper on the ball than he has been in recent times (he did not feature in the international break) along with a pressing trio of Marcus Rashford, Jesse Lingard and Andreas Pereira, whose task will be to simultaneously squeeze the midfield and pin back Trent Alexander-Arnold and Andy Robertson by bombing forward, thereby providing a link for Anthony Martial.

It is a long shot. But this combination of intense midfield pressing and Martial staying on the last man serves as United’s only real chance.