Many neutral supporters will watch Manchester United’s game against Liverpool on Sunday with a kind of fascination.

Ole Gunnar Solskjaer‘s men are in horrible form – just two wins from 13 games – and take on a Liverpool side with 17 Premier League wins in a row.

Moreover, Paul Pogba and David de Gea are injured, while Aaron Wan-Bissaka and Anthony Martial are only just about fit, leaving United with seemingly no chance of anything other than a drubbing.

This midfield, however, could surprise a few people. 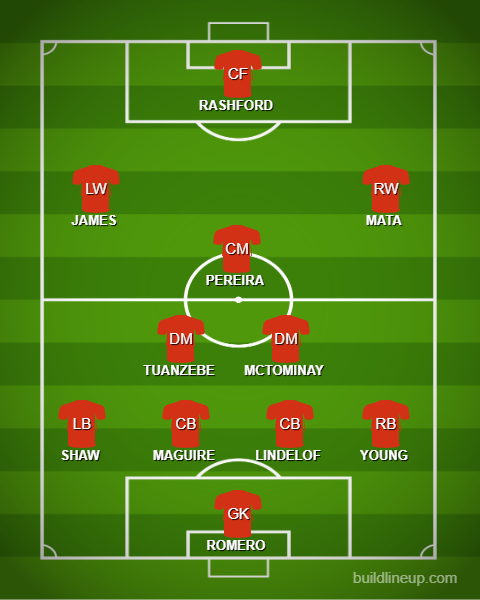 Last season, after losing three players to injury in the first half, Scott McTominay and Andreas Pereira badgered the Liverpool midfield with utter abandon, as if manically possessed, with the result being… a dead game.

That is what United needs again. A dead game. One that is not alive and throbbing with Liverpool attacks.

Now, if you were to add the ball-playing skills and defensive knowhow of Axel Tuanzebe to the base of midfield, United may well just start frustrating Jurgen Klopp’s men.