Manchester United’s 2019-20 campaign so far ought to be viewed as less of a defeat and more like a set of circumstances whereby any kind of victory is simply impossible.

For all the debate about who is to blame and what needs to be done, what we can ascertain, beyond doubt, is that any concrete, fundamental solutions to Man United’s current predicament exists in the distant future, not to be smelled let alone touched for quite some time.

To paraphrase the Italian Marxist thinker Antonio Gramsci: “The crisis consists precisely in the fact that the old is dying and the new cannot be born; now is the time for monsters.”

United consists of individuals – from directors to players to staff – unsure of what they are meant to be, what they should be, and how to get there. We are living in the climate change era of extremities, of things being out of balance, oscillating one way and then another, and United is a wonderful example of this – a club forever searching for an identity like a dog chasing its own tail.

That is why – and I am not joking here – when Rojo, with 20 minutes left against Astana last month and the score still goalless, decided he would ignore the packed box full of United shirts and instead attempt a rabona pass from an angle that absolutely did not permit it, was and still is my favourite moment of United’s season. It was the poetry that United 2019 deserved.

Plenty has happened since Rojo joined United in 2014 – both at the football club and in the wider world – but the beauty of that moment, for me, was that if he were presented with the same circumstances five years ago, Rojo would have done the exact same thing. Without compunction. And he would have been utterly convinced that it was the right thing to do.

Amid the rubble of this season, with players injuring themselves left right and centre, the Argentine has picked himself up off the treatment table and hit us with both barrels of Pure Undistilled Marcos Rojo™, and I, for one, am seriously here for it.

Rojo looks at you with those deep-set, manic eyeballs, his boot with sharpened studs on your throat, and says: “Any time, any place, mate. I’ve got nothing to lose. I’ve got NOTHING to lose.”

Somehow, as if through some force field of his own making, Rojo has managed to live through six seasons of the post-Fergie era without even changing in the slightest. Think about who was in that team when he joined: Radamel Falcao, Antonio Valencia, Daley Blind, Tyler Blackett, Robin van Persie, Jonny Evans, etc. Some have retired, others have deteriorated, others have improved.

But Rojo continues as ever, playing only when better players are injured and flinging himself at opposition defenders with a sense of childlike joy, giving no regard to its potential consequences for the team or indeed his own personal safety.

Even now, despite all that has changed and all this new information that we are struggling to hold in this godforsaken year of our Lord that is 2019, Rojo remains knowledgeable of and loyal to his art in an absolute sense. Much like how Japanese sumos maintain a way of life first established many generations ago, Rojo knows nothing other than his creed of smashing into people harder than they can smash into him.

Being true to who you really are is a gift that only some people have. Pressures from all corners can force you to pigeon hole certain aspects of yourself away.

That is why, if nothing else this season, we can learn something from Rojo, the man who prepares toast in the exact same way that he deals with a 50/50 challenge – by completely obliterating it. 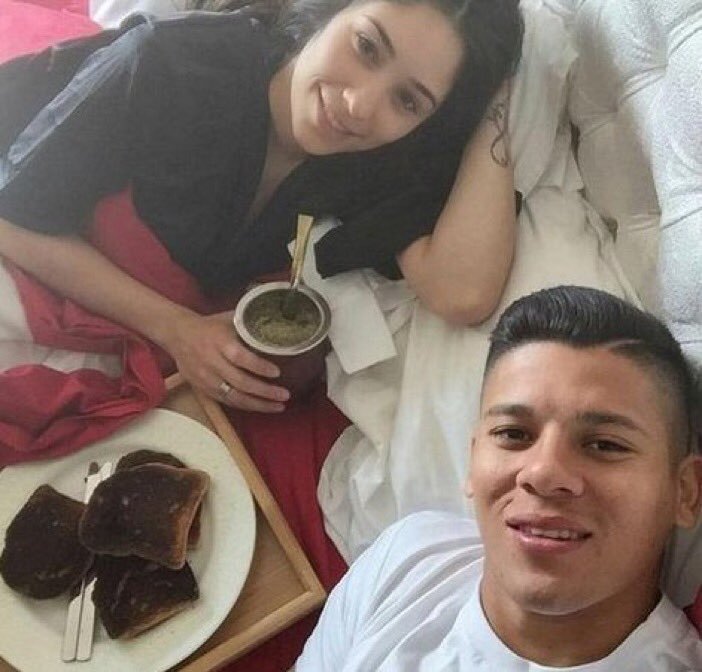