Manchester United travel to Belgrade for a clash with Partizan without a number of key players in the squad.

Paul Pogba, Axel Tuanzebe, Nemanja Matic, Luke Shaw and David de Gea have all not travelled for the game.

Ole Gunnar Solskjaer may be tempted to use a host of academy players to keep first-choice members fresh, but perhaps a more overriding feeling will be that Man United have gone 11 games without an away win.

With that in mind, here is the team which we think Solskjaer will pick. 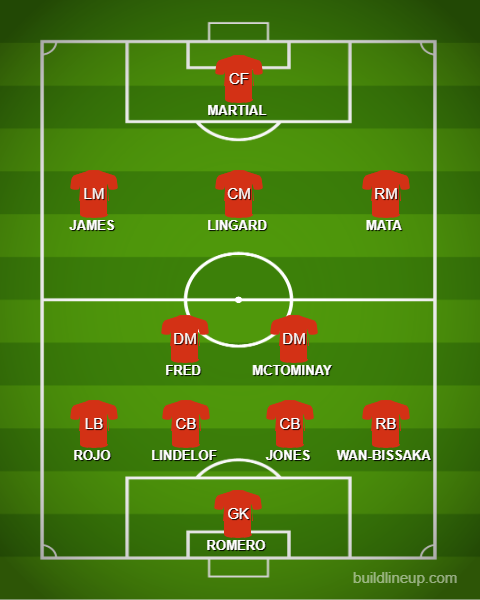 Firstly, as always, is Marcos Rojo – coming from the left flank, he will be in the perfect position to launch some shots over the bar from 40 yards.

You may think that James Garner and Mason Greenwood, or even Brandon Williams, should play, but the Norwegian is much more likely to prioritise the phasing in of attacking duo Anthony Martial and Jesse Lingard.

For a side which is notably struggling for goals this season, the sight of the pair carving through Partizan would lift the spirits of supporters, who have lost faith in their side’s capacity to truly hurt teams going forward.