Ole Gunnar Solskjaer looks set to employ a 3-4-1-2 system, used against Liverpool and Partizan Belgrade, in an attempt to resolve United’s goalscoring woes.

The Norwegian has strongly hinted that he will use the combination of Marcus Rashford and Anthony Martial as an attacking duo.

With that in mind, here is what we think United’s starting XI will look like at Carrow Road. 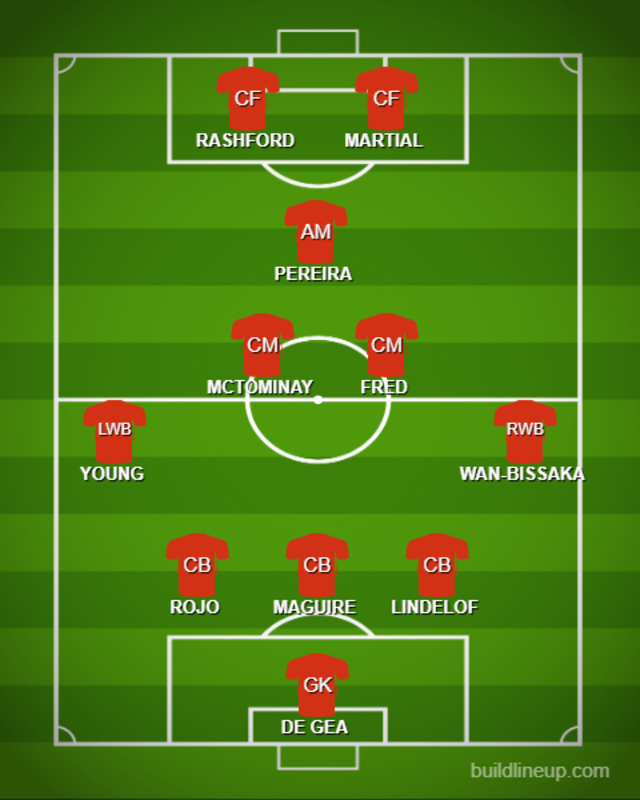 Many will want Brandon Williams to feature again after his tidy display in Belgrade, but you get the impression that Solskjaer is set to revert to the ‘safe’ option of Ashley Young, while Marcos Rojo continues to delight all of us (me) with his presence.

Andreas Pereira, above all, has to get another chance in that No.10 role after demonstrating excellent dexterity in that area against Liverpool. He could be the vital link between the aforementioned duo and the rest of this United team – especially on the break.