Manchester United have an excellent opportunity to create some real positivity among the club’s support with an EFL Cup tie against Chelsea at Stamford Bridge on Wednesday.

Ole Gunnar Solskjaer‘s men have chipped away at the feeling of doom by recording consecutive away wins over Partizan Belgrade and Norwich City.

The meeting with Chelsea, however, serves as a wonderful chance for some youngsters to receive a chance to impress.

With that in mind, here is how the Norwegian could set up against Frank Lampard’s side. 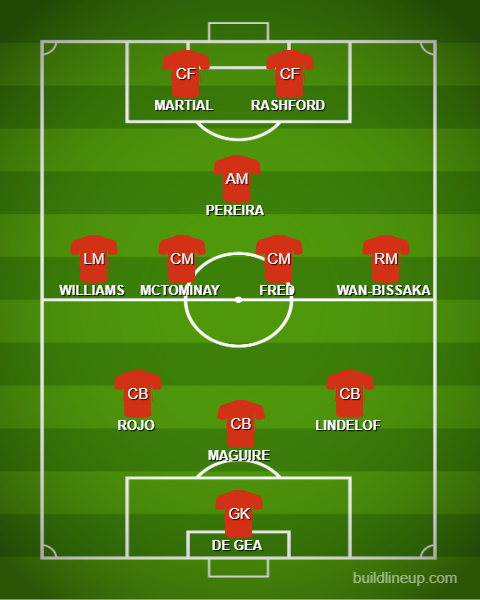 Of all the players on Sunday, only Ashley Young looked like a true liability, his snapping heels so manifestly not in step with the game’s pace.

That is why Brandon Williams, who started against Partizan, needs to get another run out against Chelsea. Playing with five across the back, above all, needs its wing backs to play high up the pitch, to inject genuine impetus and energy.

Against Chelsea’s full-backs, Young is unlikely to do that, meaning that the midfield could become isolated. If United can throw themselves forward quickly and find space for Andreas Pereira, then it becomes a different game for attacking duo Marcus Rashford and Anthony Martial, who both scored and performed well over the weekend.