Manchester United fans will be interested to see whether Ole Gunnar Solskjaer opts for three at the back once again when they meet Bournemouth at the Vitality Stadium on Saturday.

The Norwegian employed the system against Liverpool and up until about 60 minutes of the 2-1 win over Chelsea, when he decided to revert to a 4-2-3-1 arrangement.

That same shape was used to devastating effect during the 3-1 win over Norwich City as Anthony Martial and Marcus Rashford started together for the first time since August.

Here is what a starting XI against Eddie Howe’s side could therefore look like. 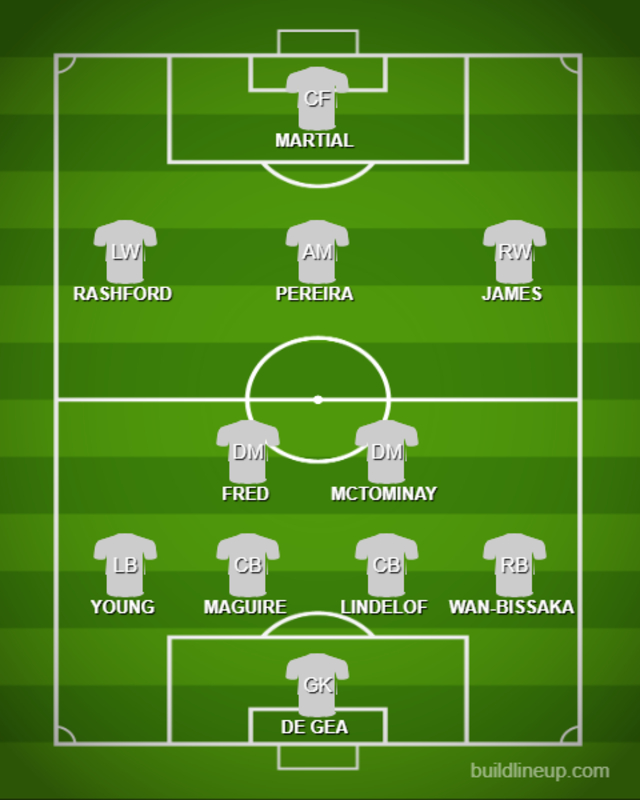 Solskjaer appears to have located his ideal front four, with Daniel James making bursting diagonal runs from the right touchline while Rashford, over on the other side, works closer with Martial.

The pair have the ability to interchange – one on the touchline and the other stretching defenders – in order to create gaps in behind for Andreas Pereira to exploit with his close control and solid passing.

And yes, I know many would like to see Brandon Williams starting again after the youngster’s showing at Stamford Bridge, but managers rotate players for a reason.