Manchester United could be without up to seven key players for their trip to face AFC Bournemouth on Saturday.

Marcus Rashford, Victor Lindelof and Harry Maguire are doubtful having picked up knocks during the 2-1 win over Chelsea at Stamford Bridge on Wednesday.

Paul Pogba, Luke Shaw, Axel Tuanzebe and Nemanja Matic will all miss this game and are set for a return after the November international break.

With that in mind, here is how we think United will line up at the Vitality Stadium on Saturday lunchtime. 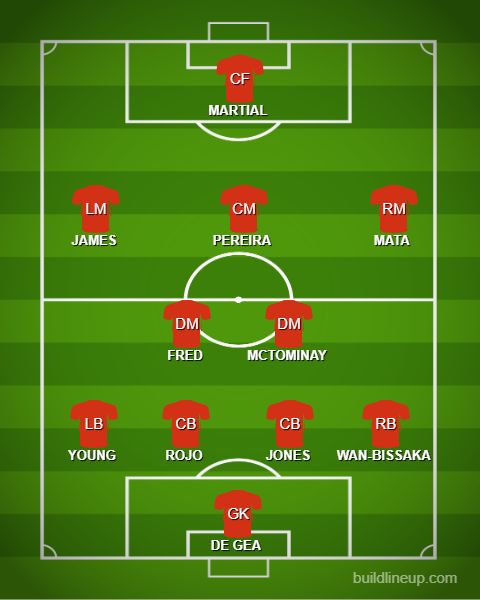 Ole Gunnar Solskjaer is likely to stick with the same shape and style utilised during the 3-1 win over Norwich City last weekend, inviting Martial and (in this case) Daniel James to work in close conjunction with each other.

Further back, Phil Jones and Marcos Rojo both have the chance to assert themselves as viable second-choice candidates, although Rojo, in all his delightful madness, has somewhat already done this with some decent performances this term.

Unlike Norwich, this game will be a struggle, and United must be at their disciplined best.