Ole Gunnar Solskjaer faces the task of simultaneously resting players and ensuring that his team achieves a result when Manchester United meet Partizan Belgrade in the Europa League on Thursday night.

The Norwegian will be expected to make significant changes to the team that lost 1-0 to Bournemouth over the weekend.

One player who is likely to start – if only because he is no longer first-choice – is Jesse Lingard, who has become a real figure of hatred among United supporters.

Here is how United could line up with the Englishman in the starting XI. 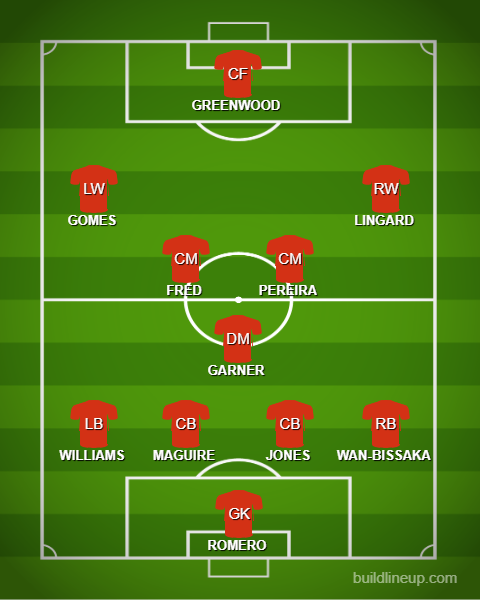 What has happened to Lingard? With no goal or an assist since January, you suspect that some excellent strike or wonderful performance is just around the corner, but for some reason I am not banking on this.

For a team that struggles to break down solid, organised teams, Lingard strikes one as the ideal antidote with his darting runs and sharpshooting in and around the box (don’t laugh).

Perhaps a wider role, where there is more space, will give Lingard the impetus he requires in order to find some joy in this game once again.

Man United scouts back at FC Porto, but...

Casemiro reveals his name is not Casemiro

Mason Greenwood speaks after being cleared of charges